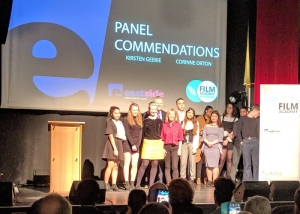 Two media students from Richmond upon Thames College have received special commendations for their films at the annual Eastside BFI Film Academy Screening Awards, which took place in Bethnal Green in London at the Rich Mix Theatre and Community Arts Hub on Sunday 28th January 2018.

Out of 80 applicants 24 students from colleges across London were selected to take part in the programme, which ran from 14 October 2017- 10 February 2018.

Chanelle said: “I’m still in shock about the whole thing and being chosen out of all of those applicants is amazing. I’m just feeling really proud of myself. Our media teacher, David Radcliffe, recommended that we enter as some past students have done it and really benefited from the experience.” 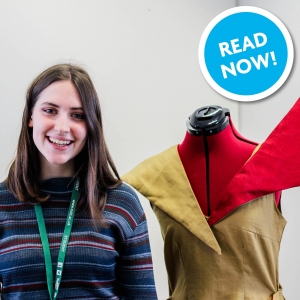 Around 36 Further Education colleges participated in the competition, aiming to give students the opportunity to test and develop design skills based around an opera or ballet production. This year’s theme challenged students to design sets, costumes, make up and marketing strategies inspired by Strauss’s opera Salome.

Rosa commented, “A lot of inspiration for the costume came from the pre-task of listening to the soundtrack, and creating an abstract piece. I used shapes and colours to convey the opera and this became a significant part of my initial ideas and inspiration for the final piece.”

“I was quite shocked and surprised when my teacher announced in front of the class that I had won, especially as it was my first time making a dress - I honestly didn’t expect it.”

Competition judge Amanda Hall, Head of Thurrock Costume Workshop, said, "A lot of thought and hard work had gone into the Salome Design Challenge and I was impressed at the high standard of the entries. It was hard to pick a victor from our FE short-list of three, but Rosa Varlow, our eventual winner had answered the brief thoroughly and come up with a particularly inventive costume design."

Winners and highly commended entrants are exhibiting their work in the Prince Consort Gallery at the V&A museum on Friday 9 February 2018. The exhibition is free to attend and open to the public. Rosa added, “It feels weird but really cool that my work has been shown at the V&A, in front of so many industry professionals and visitors.”

Find out more about Art and Design courses at RuTC. 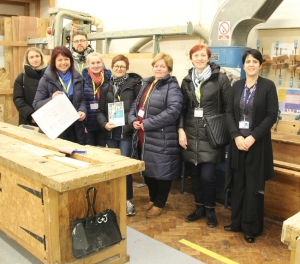 At the end of January, Richmond upon Thames College (RuTC) played host to 7 teachers from Klaipėda Tourism School in Lithuania. The visit was organised in association with the EU's Erasmus+ programme, a funding scheme to support activities in the fields of education, training, youth and sport and to find out how the UK delivers high quality vocational education.

The group came to the UK on a two-week development programme entitled Quality Assurance in Vocational Training, designed around visits to leading UK schools, vocational centres and businesses that offer vocational courses and look at methods used for quality assurance and general best practice within the vocational education sector. The teachers were keen to learn about how vocational education is carried out at RuTC and any challenges faced by the college in delivering an extensive vocational curriculum.

During the visit, Susan Pieterse, Head of RuTC’s employer engagement and apprenticeships centre, Training Solutions, showed the delegates a wide range of facilities and classrooms covering the arts, catering and construction. The group from Klaipėda commented on the college’s impressive facilities, assessment process and appreciated the warm welcome they received from college staff. 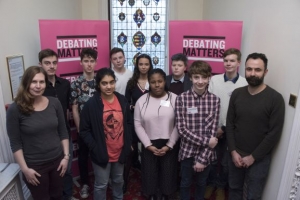 Richmond upon Thames College (RuTC) is delighted to have won this year’s Debating Matters London South Championship held at St Mary’s University, Twickenham on 24 January 2018. The RuTC team comprised of eight students studying a range of A level subjects and this year was the first time that the college had won the prestigious trophy.

Kasim Agpak, Politics Lecturer said, “Richmond upon Thames College became involved with Debating Matters as it provides an excellent platform for students to improve a wide range of skills including public speaking and leadership. The competition allows students to engage about current issues with the ultimate aim for individual personal development and growth.”

RuTC’s team debated on a number of issues including whether controversial historical monuments should remain and whether a universal basic income is a possible solution to the UK’s problems. The final round involved RuTC debating with Godalming College on the topic of populism and after some deliberation, the judges returned announced Richmond upon Thames College the winners and were awarded the trophy, £500 worth of books or resources from the current Hodder Education Catalogue, a special Debating Matters Champion mug and a ‘Lost in Thought’ notebook for each student.

Student Isaac Skye studying Sociology, Psychology and Religious Studies A-Levels said, “Although at times the competition was stressful and difficult, overall, I found it challenging and engaging and am grateful for the experience it gave me – it was definitely worth being involved.”

Debating Matters is a competition organised and run by the Academy of Ideas to establish and create a public space where ideas can be ‘contested without constraint’. The competition provides a platform for sixth formers and college students throughout the UK to engage in rigorous, well researched and well thought through public debate. 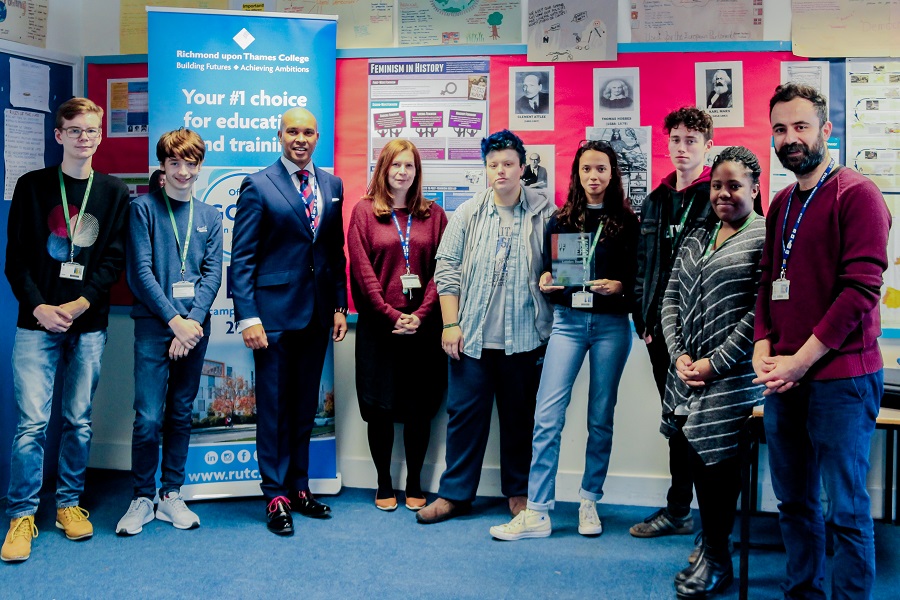