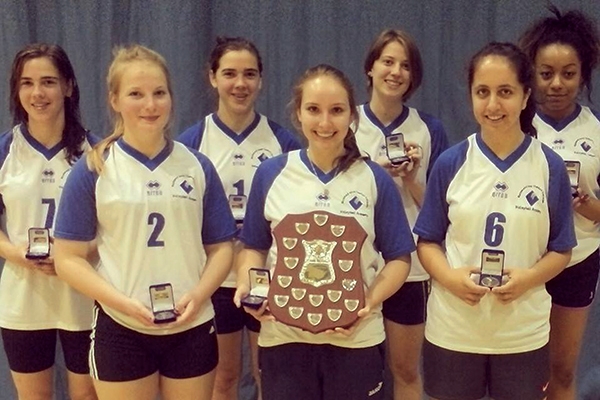 The talented team beat Middlesbrough College 2-0 in the grand final of the tournament, held at the National Volleyball Centre in Kettering.

The team's route to victory in the knockout-style tournament began last November with a win against South Thames College and was followed up with triumphs against Milton Keynes College, East Norfolk Sixth Form College and PETROC College to set-up the grand final against Middlesbrough. The well-earned victory tasted even sweeter for the women's team after they suffered the heartbreak of losing the same final 12 months ago. This year's win means that the RuTC team have lost only one BCS cup match in the past two years.

"I'm so pleased for the team as we really deserved to get our hands on the trophy after coming so close last year," said team captain Wiebke Meenenga. "To finally receive a medal and a trophy in what for many of us will be our last ever game for the College before leaving for university is a real dream ending and I'm so proud of what we've achieved."