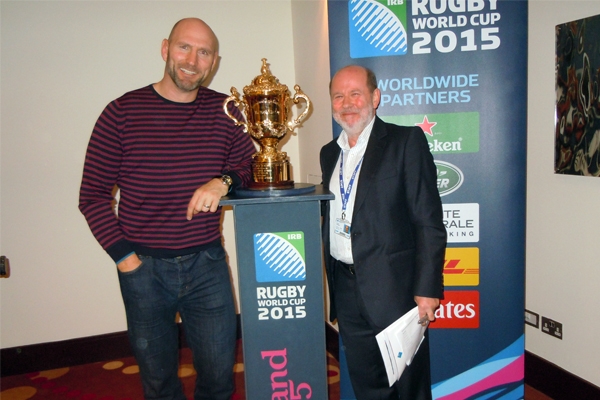 Richmond upon Thames College is working with Rugby World Cup 2015 to provide a school leaver legacy from the world famous tournament, which culminates in the finals at Twickenham stadium - a stone's throw from the College - in October 2015.

In November 2014, RuTC will be hosting an event that will recruit 6,000 volunteers to help stage the Rugby World Cup. Alongside this event, the College will be working with school leavers who will work for RWC 2015 and gain a qualification from the College during 2014-15.

Adult FE/HE Manager Richard Pilkington (pictured above with Lawrence Dallaglio), Llinos Morris, Business Development Manager and Sport Section Manager, Gemma Hart (pictured below with Lawrence Dallaglio) attended the school leaver briefing session run by RWC 2015 inside Twickenham stadium in February 2014. Richard joined Rugby World Cup winner Lawrence Dallaglio on stage to present to 35 school leavers the benefits of working for the organising committee for the Rugby World Cup and outlined the extra qualifications that they could gain at the College to help them with their future career. This legacy model follows the successful work undertaken during the London 2012 Olympic Games. The College is proud to be the chosen partner to develop the legacy from 2015. 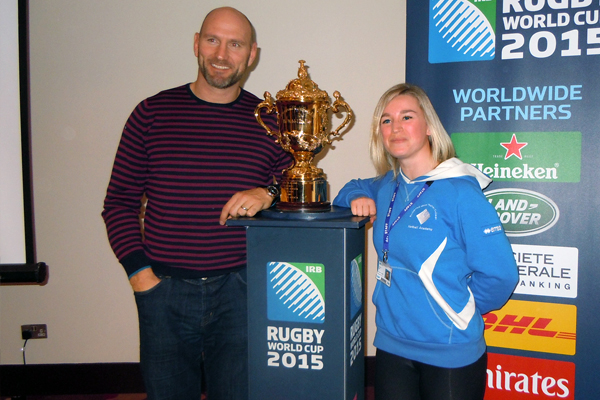