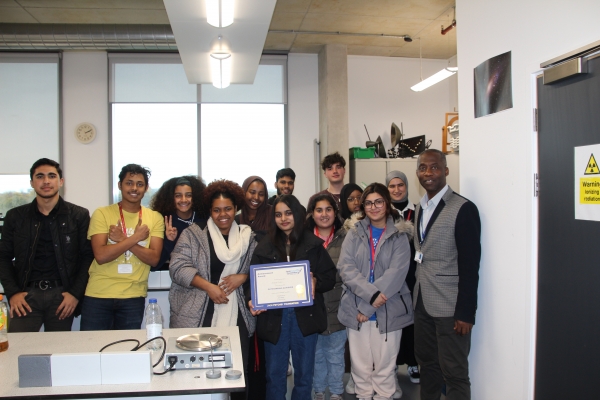 Each term, exceptional students are nominated by their classmates to win a Jack Petchey Award. The winner receives a £300 grant, which can be used for anything that will benefit their class.

This term, Maryn received the reward because of her dedication to her course and willingness to go the extra mile by helping other students that are struggling.

Additionally, she used her summer holidays to complete a unit of work independently before college resumed for this academic year, dedication to her studies demonstrates her desire to achieve excellence.

Maryn is well liked by her peers and teachers who consider her a polite, caring and inspirational individual and a deserving recipient of the award.

The Jack Petchey Achievement Award Scheme recognises the positive contributions, efforts and endeavours of young people aged 11-25 across London and Essex. These achievements include being a great role model, volunteering, overcoming personal challenges and supporting others over and above expectations.

Maryn’s teacher Samuel Narth explains that "Maryn has very high attendance and her absence is felt when she is not in lessons as her contribution is phenomenal."

Maryn has decided that her money is going to be spent on taking her class on a day trip either trampolining, ice skating or going to the cinema.