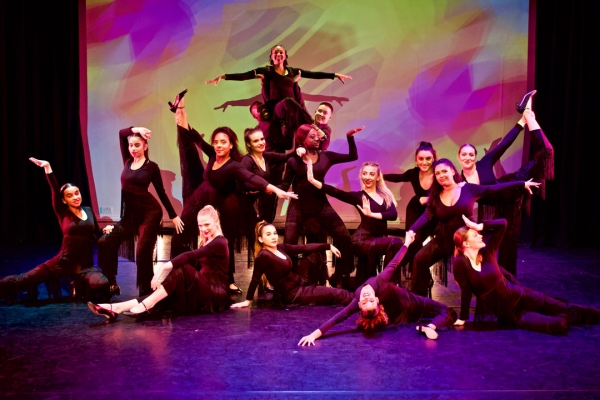 This year’s theme was Cover Mix, giving students the opportunity to perform to some of the greatest cover songs, including a remix of ‘A Little Less Conversation’ by Elvis Presley, a mash up of ‘Focus on Vogue’ by Madonna and Ariana Grande, ‘Nightbush City/Proud Mary’ from the musical ‘Tina’ and ‘I want to break free’, a cover of Freddie Mercury. Dance styles ranged from contemporary to jazz and tap with some pieces being more lyrical and other being a classic up tempo show number.

Hannah Fryer, Dance teacher at RuTC, said, “All of the Dance students worked incredibly hard to put together this exciting show - it was an excellent opportunity for them to not only showcase their skills as performers but also as choreographers with their own work being featured. The soundtrack was incredibly varied and put a new spin on many of the iconic pieces of music we recognise.”

Have a look at the photos below to get a feeling for the dancers’ incredible performance.