White Ribbon Campaign for a future without violence against women 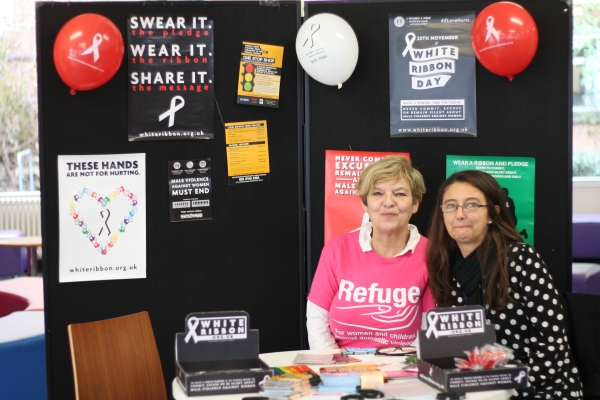 On Thursday 28 November, our students engaged in the global White Ribbon Campaign by taking part in talks and workshops. The campaign promotes a future without violence against women and encourages everyone, but specifically men and boys, to recognise and stand against this violence.

The campaign started on 25 November, International Day for the Elimination of Violence against Women and runs for 16 days until 10 December, Human Rights Day.

For the second year in a row, Refuge supported the campaign at RuTC with an awareness stall in the refectory and will also hold Technology Abuse workshops on Tuesday 3 December and Thursday 5 December. In addition, volunteers from Victim Support ran two Healthy Relationship workshops.

Find out more about the White Ribbon Campaign and how you can get involved.