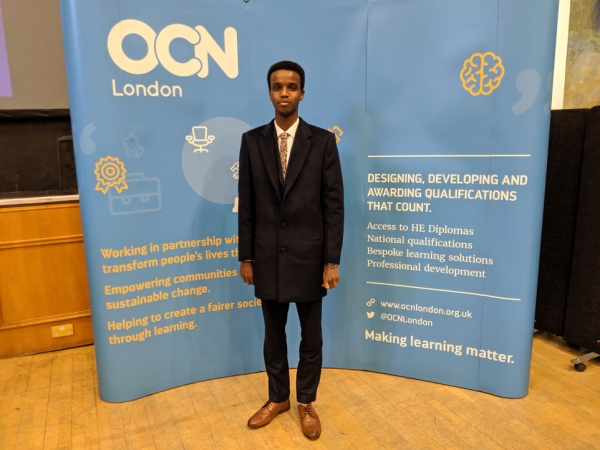 In November, Abdikhaliq Ahmed, former RuTC Access to Humanities and Social Sciences student, was selected as runner up in the Outstanding Academic Achievement category of the prestigious Michael Sargent Bursary Award, run by the Open College Network (OCN).

Abdikhaliq finished his course at RuTC in June 2019 and progressed to Queen Mary University where he is now studying a degree in International Politics. He was nominated by his teacher and the Head of Sixth Form and Higher Education due to his outstanding achievements. His nomination highlights that he adapted immediately to the very intensive and demanding programme and throughout his course he grew academically and balanced the rigours of study and outside commitments. He is a fully committed, dedicated student of Politics with genuine ambitions to work within this field in the future.

Abdikhaliq says, “My time at RuTC was amazing. The Access to HE Humanities and Social Sciences course was perfect for me because it allowed me to study subjects I had always been interested in with the ultimate goal of going to university. Even though I knew I had the ability to succeed, I needed a route back into education. Because of this course I’m at university and one step closer to achieving my dreams. The teachers were great, I looked forward to seeing them every day. This award has shown me that I have actually achieved something great and it will give me even more confidence to succeed at university and in life.”

The awards will be presented on Tuesday 26 November, supporting World Access to HE Day. As a runner up of the award, Abdikhaliq will receive a £250 bursary. 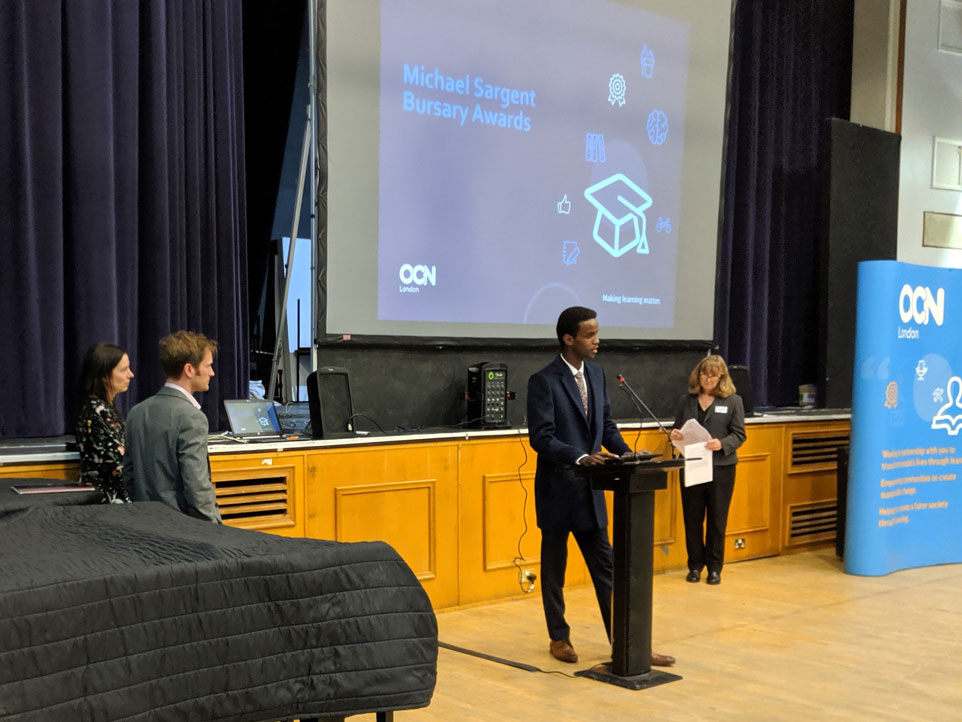