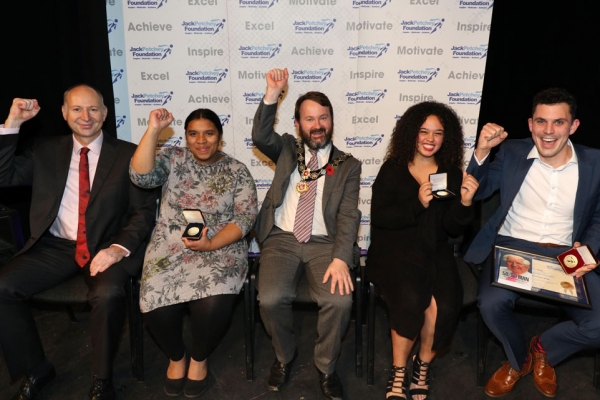 On Monday 4 November, eight Richmond upon Thames College (RuTC) students and one teacher were awarded a Jack Petchey Foundation Award at the annual ceremony at Richmond Theatre.

The Jack Petchey Foundation supports college and school students throughout London and Essex. It recognises outstanding young people, aged between 11 and 25, and allows students and staff to celebrate their efforts and achievements. The Jack Petchey Achievement Award was presented to our and many other amazing students by Cllr James Chard, Deputy Mayor of Richmond upon Thames, and Cllr Margaret Thompson, Mayor of Kingston upon Thames. The winners were nominated by their peers throughout the last academic year and at the ceremony they received a certificate, a book from Sir Jack Petchey himself and a £250 grant. Students can choose how they want to spend this grant to benefit their school.

Sharna Davison, who finished her Level 3 Sport and Exercise Science course this summer, won the award for her commitment to the women’s college football team, demonstrating determination, optimism and respect. Arany Yogeswaran, who progressed from Level 1 to Level 2 Professional Cookery, was recognised for her catering achievements, such as winning bronze and silver medals at Salon Culinaire in Birmingham and Wessex Salon Culinaire, as well as excellent team work and impact she has in college.

Six of RuTC’s Supported Learning students received recognition, including Lini Thomas, who has excelled at showing an outstanding work ethic during her work at the college’s Apple Tree Café and became a role model for other students. David Gould who progressed well during his work experience at Fulwell bus garage and is now able to perform a variety of jobs independently and enthusiastically with a smile on his face. Geri Mulvaney who always sets high standards for the class by being on time, working hard and trying new things when her disability may restrict her. Joseph McSweeney supported RuTC over busy enrolment times as a student guide and was recognised for his excellent customer service and communication skills and has now secured a Supported Internship at Hilton Hotel. Libby Benjamin flourished whilst in college and won an award for overcoming her struggle with large and noisy environments and is always looking to improve herself. Valeriya Krushovska was shy when she came to college without any of her previous friends but quickly became a popular member of the group with her smile and hard work, resulting in her award.

In addition, Sport teacher Sam Nicoll was awarded the Jack Petchey Foundation Leader Award for his commitment and dedication to inspire all students to be the best they can be through sports. Through his support, creation of a fun and comfortable environment and his enthusiasm he is a role model for his students and inspires them both on and off the pitch. 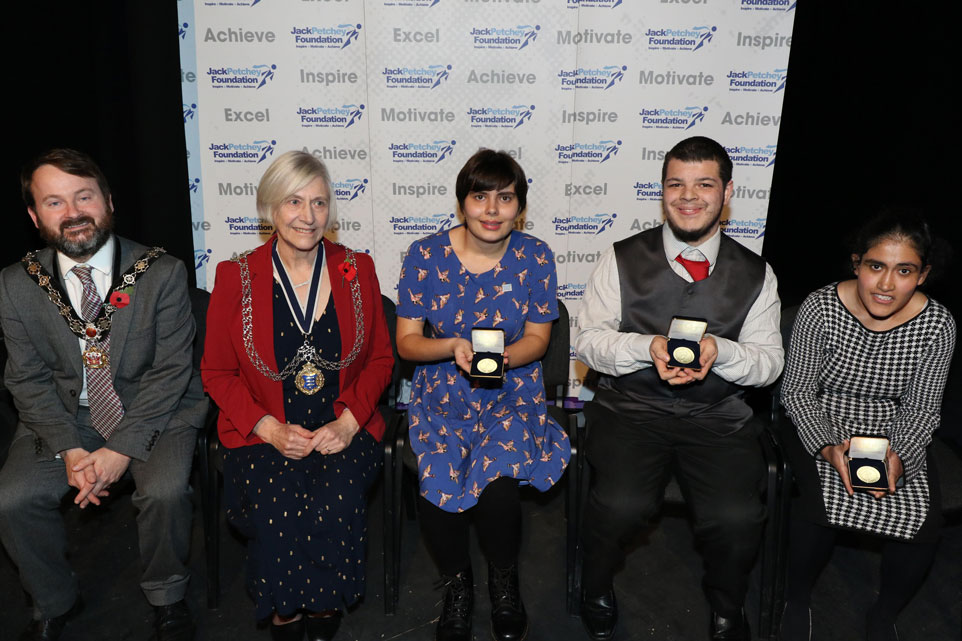