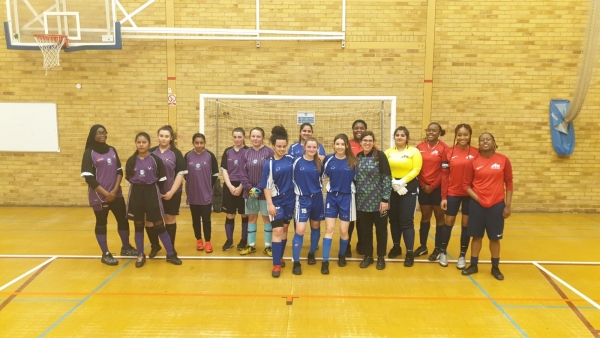 RuTC’s Students’ Union recently funded the purchase of new Futsal Goals, which made the event possible. The festival was attended by Newham Sixth Form College and St Francis Sixth Form College with RuTC crowned overall winners without conceding any games (2-1, 4-0, 2-0, 6-4). Sam Nicoll, Team Coach and Sports Lecturer at RuTC, said: “The team is an absolute pleasure to coach, they have been practicing various drills in training and used this in their games, scoring some excellent team goals.”

Find out more about studying Sports and how to get engaged in RuTC’s Sports Academies.