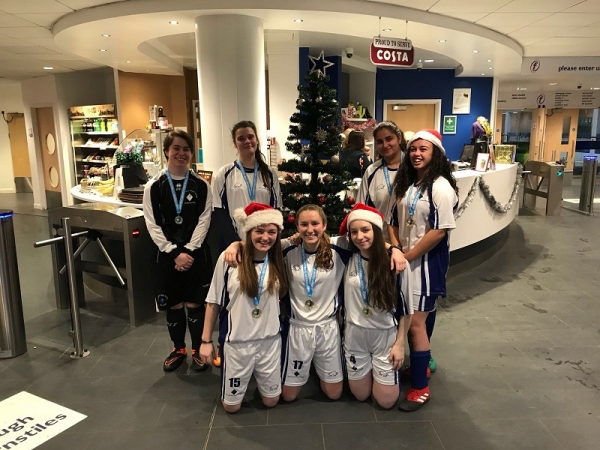 On Wednesday 13th December (2017), the Richmond upon Thames Girls’ Football team played in the Surrey FA Futsal Tournament at Woking Leisure Centre. The team won the tournament, conceding only 1 goal and losing just 1 game out of 6 teams.

Sports Centre Manager, Mark Borough, spoke about the development of the Girls’ Football team and their introduction to the world of Futsal. “We’ve always had a boys’ football academy team which is always very popular - and alongside this has had a girls’ football development team. But for the last 4-5 years, we have struggled to have enough girls to be able to play full sided games - so this year we took the view to focus on 5-a-side games and futsal this year rather than 11 a-side leagues as with the boys’ teams.”

Futsal is an exciting, fast-paced, five-a-side indoor football game that is widely played across the world and is officially recognised by both UEFA and FIFA.

The next tournament will be taking place at Woking Leisure Centre on the 31st January and Mark has high hopes for the year ahead and sports at the college in general. “Our plan for 2018 is to continue playing futsal as it has proved popular and is growing in popularity across the country.”

The Richmond upon Thames Girls’ Football Team train and meet every Wednesday between 12.50pm-1.50pm, in the Sports Hall.

Find out more about studying Sport and Exercise at RuTC