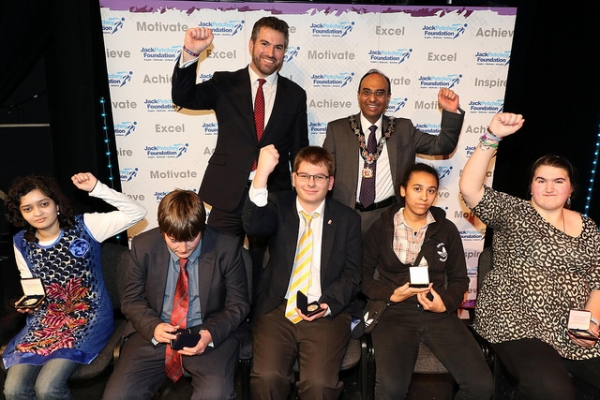 The Jack Petchey Achievement Award Scheme contributes millions of pounds each year to support almost 2,000 colleges and schools throughout London and Essex with celebrating the achievements of their young people.

“We do it because we want to help young people raise their aspirations, believe in themselves and make a contribution to their society” said Sir Jack Petchey CBE. The local awards took place at Richmond Theatre on the evening of Wednesday 22 November 2017.

This year, eight RuTC students were given awards including Rory William Walsh (pictured below, right) who, on the morning of the Grenfell Tower disaster, worked tirelessly to support those affected. This was before he attended college the same day to sit an A level English exam. After his exam he returned to the site of the disaster and worked in a community centre, assisting those who had been made homeless.

Kieran Peckett (pictured below, left) received an award for his work promoting RuTC's Student Union and the college's Christian Union. He also has been a college guide and has always helped at Open Events and during enrolment.

Six Supported Learning students were given awards. Along with those picture above, Ruben Kapango was also one of our winners. 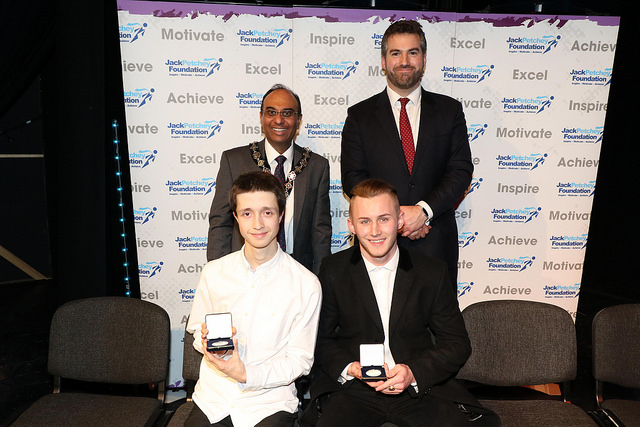