The Norwood School Wins the Young Chef of the Year Competition

Year 11 students Thea Morales and Renee Williams-Genas from The Norwood School in Lambeth have won the final of the annual Richmond upon Thames College (RuTC) Young Chef of the Year Competition, which took place on Thursday 15 March 2018. 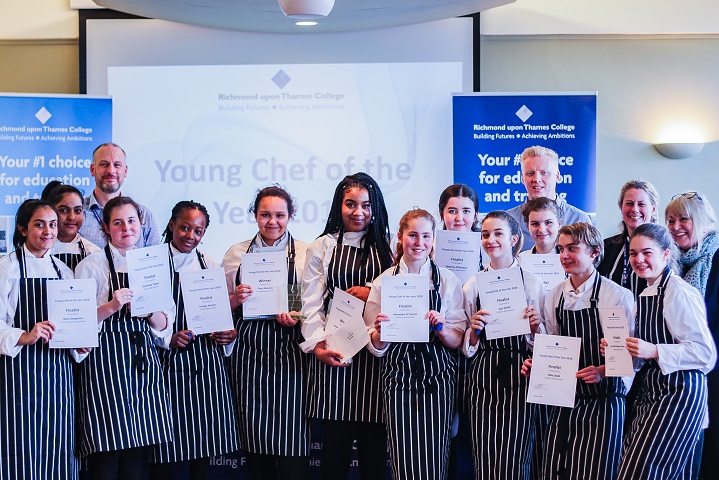 This year 46 teams entered the competition from 15 schools across 10 boroughs including Ealing, Southwark, Lambeth, Sutton, Camden and Kingston. 21 teams from 10 of these schools went through to the semi-finals, which took place between 21 February and 9 March.

RuTC Chef and teacher, Neal Hook, who organised this year’s competition through our Catering and Hospitality department said: “The quality of the entries this year has been superb, which made it tough to select teams to go through to the final. Thankfully the judges were able to reach a decision; if it were down to me, I would have chosen them all to win the competition!”

Thea Morales, competition winner says: “This is the first time our school has entered this completion and neither of us have entered a cooking competition before but we thought that it would be a great experience so decided to have a go. There were several other teams we were up against and many of them were food tech students with more experience cooking, especially under a stricter time limit, so we didn’t think we would stand a chance.  Despite this we were able to proceed to the finals and even win – a result that surprised us greatly especially with the great meals the other teams had prepared! We are really proud to have won the competition this year especially as we were able to use a passion of our productively.”

Discover your opportunties to study catering and hospitality at RuTC.

See the slideshow below: