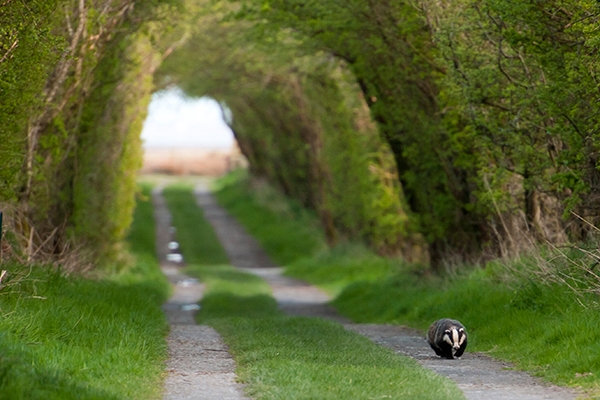 A wildlife image taken by Richmond upon Thames College lecturer Dave Foker has been voted by the public as the overall winner of the BBC Countryfile Photographic Competition.

Titled 'On the Move', Dave's entry beat over 50,000 other participants to take pride of place on the front of the Countryfile Calendar 2013 as well as featuring in the month of May. The winning image, voted for by Countryfile viewers, was taken whilst Dave was holidaying with his wife in Scotland and features a badger scurrying down a secluded country track.

"The response and support I've had since it was announced has been amazing" said Dave. "I've had people I haven't heard from for thirty years contact me to say congratulations and the image has also featured in the Daily Telegraph, the Daily Mail and the Radio Times."

Although a photography and media lecturer at RuTC, Dave qualified for the amateur competition as he has never attempted to sell his prints since turning to teaching. "Wildlife has been a huge passion of mine since I was young and the images I take are an extension of that passion," Dave explained. "My wife and I travel across the world taking wildlife photos and the badger image was taken 'on safari' in Caerlaverock, Dumfries. It was just one of those special moments."