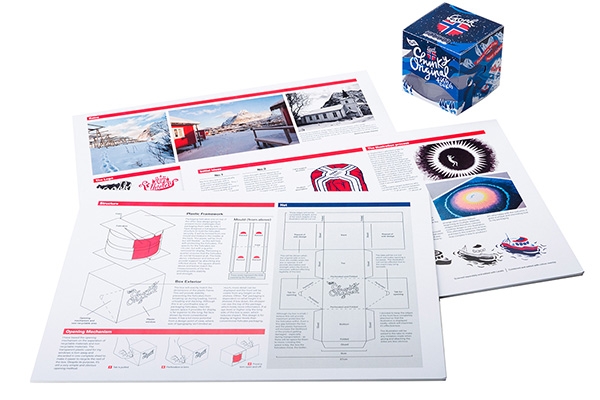 Over 145 entries were submitted in this year's competition, with only 11 gold, 14 silver, 10 bronze and 14 commended stars handed out.

Twenty-year-old Chris entered the competition's Norwegian fishcakes design brief, with his entry described by the judging panel as having, "beautiful branding that would stand out on the shelf." It was also praised for having a "great logo" and for its "fantastic research development." 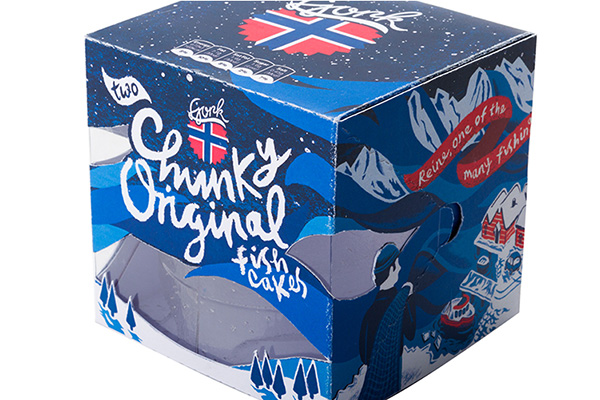 "I'm lucky enough to have travelled to Norway in the past so my experiences of the landscapes and coastal settlements were my main source of inspiration," Chris explained. "I based my illustration on the picturesque fishing village Reine and looked at illustrators Rob Hunter and Vesa Sammalisto. I was really pleased when I was told that I'd been commended as the design and illustration processes was complex and prolonged so it was nice to have someone appreciate my work."

Chris, who will formally receive his commendation at a lavish awards evening in September, is now looking forward to a career in the design industry. "My dream job would be to work in the design department of a big company in London with a large workforce and lots of opportunity," Chris said. "Working for a national newspaper is my main aim and I've made some good contacts thanks to my time at the College and through my work experience."

In May and June, Chris enjoyed a work placement in the graphics department at the Guardian newspaper. "I worked with a great group of people and enjoyed the challenge of producing design work from raw data," he explains. "The key things I learned regarding design – especially infographics – was that simplicity is key and keeping the design style consistent throughout the publication is vital. It was a really valuable experience."