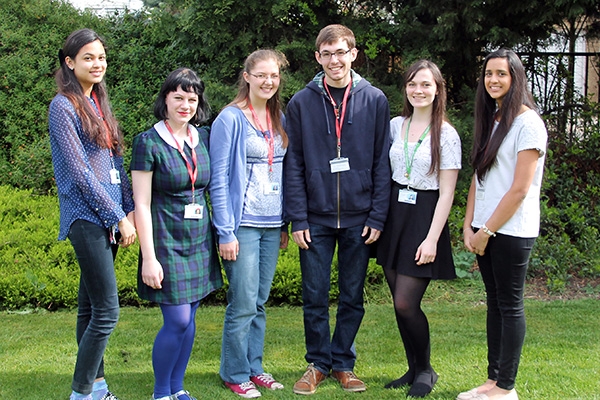 Seven students from the College have successfully secured conditional offers for this year's intake at the prestigious universities of Cambridge and Oxford.

"This is a splendid achievement based on hard work as well as determination to gain places at such sought-after universities," said College Principal, David Ansell. "I wish them every success for what lies ahead and I am in no doubt they will do Richmond upon Thames College proud in their future studies and careers."

Two of the successful students previously attended Richmond borough schools, with Sophia coming from Christ's School and Ben from Hampton School. Eva and Mustafa studied A levels whilst Sarah, Sophia, Riya, Bela and Ben are studying the International Baccalaureate (IB) Diploma, an academically challenging course that is offered by the college as an alternative to the A level route. Richmond upon Thames College is the only state college in the whole of the London area to offer this course.

In 2013, 861 Richmond upon Thames College students went on to higher education at universities all over the UK. 145 of these went to prestigious 'Russell Group' universities and over 220 went to UK universities ranked in the top 200 in the world.