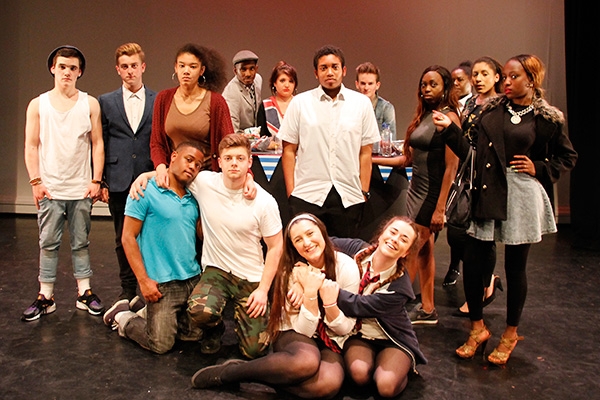 On May 20-21, second year BTEC performing arts students performed the play 'The Miracle' in the College's Edmund Kean Theatre. The shows marked the final curtain for the talented group after two years of top drama performances.

The Miracle, written by Lin Coghlan for the National Theatre Connections season, is a play about hopes, dreams and social responsibility. Performing arts student Celine Beirne played the role of Zelda in the play. "It was a really exciting and challenging role to play as my character is only 13 years old so I had to go back five years!" she said. "It was lovely to be performing the play on stage with my classmates to a really receptive audience but also sad as it's the last time we'll be acting together. I'll really miss them and the College."