Government and Politics students visit the Houses of Parliament 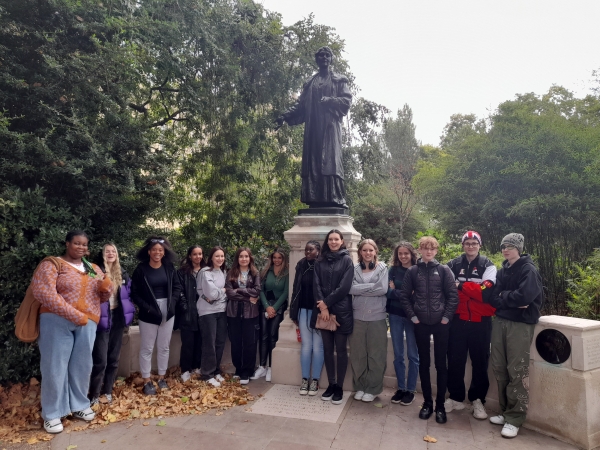 The students were able to visualise what they have been learning about in their course including the House of Commons and House of Lords which was beneficial for widening and contextualising their understanding of the Government and the role it plays in modern Britain.

Student, Alice Mockett greatly enjoyed the trip, explaining “I had the opportunity to stand where the Prime Minister does in the House of Commons, facing my friend who stood where the opposition does. It was not something you experience every day!

“It was also fascinating to walk down the same corridors as important historical figures, such as Winston Churchill, Margaret Thatcher and Tony Blair.

“It was a great opportunity for us to see how things work and what they look like. It was also really interesting to hear from people that work in the Houses of Parliament and their experiences.”

Learn more about studying Government and Politics at Richmond upon Thames College, here