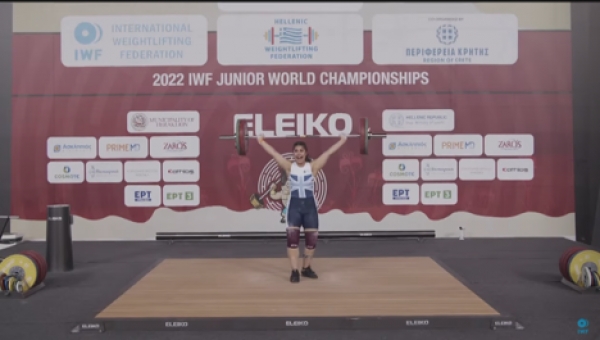 Bella smashed the U20 British records for her snatch, clean & jerk lift total.

She has been competing in weightlifting competitions since September 2019, during which, she immediately broke a British lifting record.

Bella was ecstatic to have done so well in the championships, explaining “The next international competition will be in October for the Junior European Championship, where I will be looking to take home a medal.

“I did not expect the result I achieved in Greece as my ranking going in was much lower, but I am so proud of how I managed to push myself up the leader board.

Since then, she has gone onto compete at various other competitions all around the country, continuing breaking several records including ‘Snatch, Clean and Jerk’ and ‘Total’ within her age group in the World Youth Championships.

Caroline Ludbrook, Head of Sixth Form at RuTC is impressed with Bella’s abilities both inside and out of the classroom explaining, “Bella is both a fantastic, dedicated student, as well as athlete. We at the College, are immensely proud of her accomplishments and we look forward to watching her progress within her weightlifting career.”

In addition, Bella is a British Champion, top-ranked under 17 female weightlifter, regardless of weight class.

Team GB entered only 6 athletes into the recent World Junior Championships and following the competition, Bella was declared as top-ranked finisher of the team.

Learn more about studying A Levels at RuTC here.