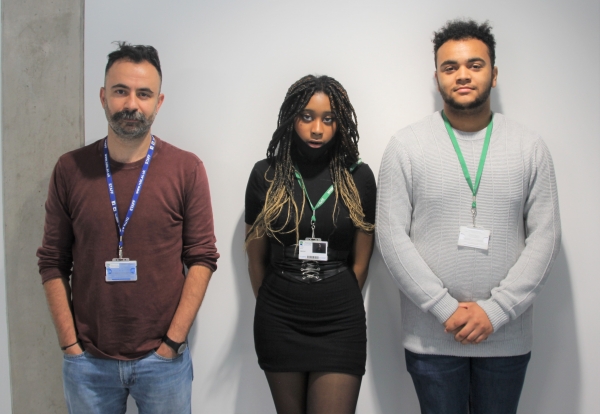 This week, Richmond upon Thames College (RuTC) Government and Politics A Level students, China Corker, Nia Videnova, Kai Broadbent and Cindy Igeme, took part in the annual Debating Matters Competition. This competition is part of a project organised by the charity, Battle of Ideas, which aims ito get students debating issues from contemporary relevance to public policy issues in the UK today. The winners of the competition will be crowned Debating Matters July Public Policy Champions.

On Tuesday 6 July RuTC students, Nia and China debated on whether the UK should reduce foreign aid or not, given the recent controversy over cuts to UK spending on foreign aid.

The debate took place over Zoom and three judges, Olivia Utley - a political journalist and head of PR at The Sun, Joel Cohen - Sport England Senior Public Affairs Manager, and Austin Williams- senior lecturer in Architecture and Professional Practice at Kingston School of Art in London, judged the debate.

Richmond students argued that Britain should not increase foreign aid, while their opponents from John Hampden Grammar School argued that it would be wrong to cut the foreign aid budget. Both sides went in with an open mind to listen to the other party’s arguments.

In an extremely close contest where both teams demonstrated a broad range of talking points and facts and figures, the John Hampden students were chosen as victors to move onto the next round of debating.

The debate was judged by Anne Ferguson - Angel Investor, Tom Collyer - University of Southampton politics student and Ed Rennie - political analyst and strategist. In another closely contested debate with very valid arguments from both sides, Springwood High School successfully progressed to the next round.

Politics teacher Kasim spoke of the benefits debating has had on the students saying, “It benefits the students in many ways, they are gaining knowledge about social and economic issues, about real-life issues, continuously improving their research and communication skills and engaging in issues in a proactive way”.

Student Kai said, “debating is very helpful as it will benefit me in the future as I will be studying law. I’m happy knowing I’m improving every time and realising my potential”. While Cindy Igeme who hopes to become a barrister also spoke of the benefits “I’ve found an increase in my confidence through debating and the judge's feedback to improve my skills.”

For information on Government and Politics A Level, please click here.