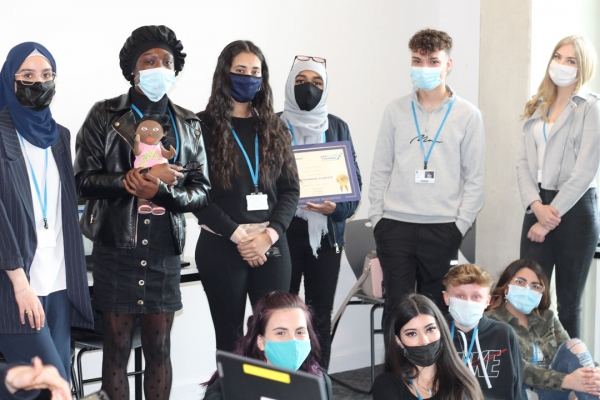 Sadiqah Tarafdar (middle) with her Level 3 Childcare and Education class.

The Award is a peer recognition scheme which recognises the positive contributions, efforts and endeavours of young people aged 11-25 across London and Essex. These achievements include being a great role model, volunteering, overcoming personal challenges and supporting others over and above expectations. For the Award, the winner will receive a £250 grant, which can be used for anything that will benefit the class.

RuTC has been involved in the Jack Petchey Achievement Award Scheme for several years and this May, RuTC students David Edmunds and Sadiqah Tarafdar have been chosen as winners for the Award. The college’s Student Services Team chose the areas Sport and Childcare then teachers from the two areas chose the tutor group they felt deserved recognition the most. In the case of David, his teacher felt that he has endured and excelled in the course over continuous lockdowns over his two academic years of study. 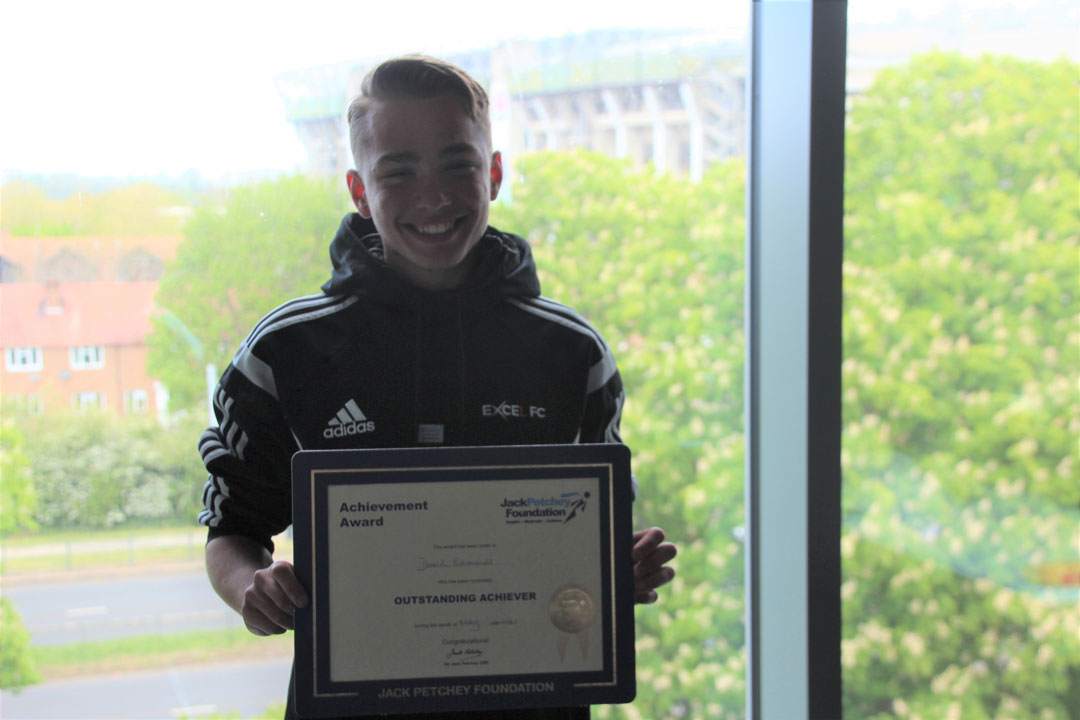 David Edmunds with his Achievement Award in class, with Twickenham Rugby Stadium in the background.

The student groups then nominated each other and in his Level 3 Sport and Exercise Science class, David was chosen as the winner. His classmates nominated him due to “his strong ideas and maturity in his decision making and will make sure the Award money will be put to good use for the benefit of the whole class. David always a smile, makes everyone around him feel happy and his great personality and makes everyone feel welcome and accepted. He has been student representative many times and is always positive, works hard and motivates other students.”

In the Level 3 Childcare and Education group, Sadiqah won the Award in recognition to her contributions to the course. Her classmates said, “Sadiqah is known for putting others first and being helpful in class. She has also overcome personal and academic barriers, making her a deserving Jack Petchey Achievement Award Winner.”