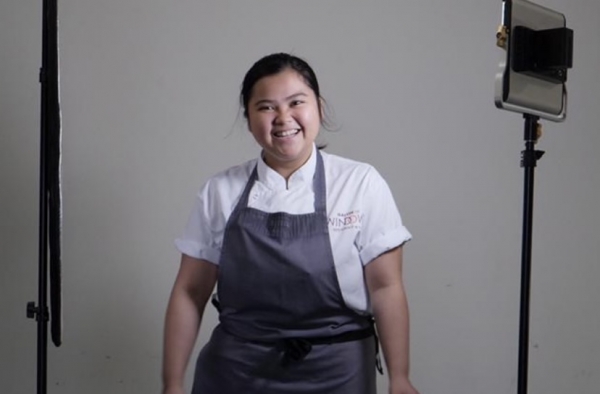 In the beginning of February, RuTC catering alumna Sherwin Mauro met virtually with the College’s current college catering students and staff to talk about her time at college and her career afterwards, including her experience of working in Michelin Star Restaurants.

Sherwin began studying Catering Level 1 at RuTC in 2014 and progressed to Level 2 and 3, before starting her career in 2016 and going straight into the industry. During her college years, she had the chance to work at a top French restaurant, Le Vacherin, in Chiswick which led to her being given the opportunity to also work at the BAFTAs.

Other employment included working at The Grill at the Dorchester, under French Michelin Star chef Alain Ducasse, and also Michelin star restaurant, The Glasshouse, in Kew, where Sherwin worked as chef de partie in charge of the pastries. At former Michelin Star fine dining restaurant Galvin at Windows, located on the top floor at Hilton Park Lane, Sherwin started work as commis, working her way up to kitchen manager.

In summer 2020, Sherwin started her own chocolate business RKSM Collection together with close friend and ex colleague Reece Kallah, who had worked in many of the best restaurants across London and America.

When talking to the Catering students, Sherwin answered students questions about job applications and interviews. She recommended to talk to the chef in any restaurant where they liked the food and would love to work. She said, "Tell them what your goals are, show them your skills and what experience you have. Even if you don’t have many employment yet, volunteer in kitchens and show them your passion."

Sherwin also outlined the most important aspects when working in the catering industry. The work involves many long hours and it can be intimidating in the beginning of your career, especially when entering a male dominated industry at the top level. However, Sherwin’s passion for cooking and the confidence she gained from her time and skills she learned at RuTC brought her to where she is today.

Looking back at her time at RuTC, Sherwin said, "One of my favourite moments at RuTC was when I was in my second year and our lecturers entered us for a competition in London. It was frightening but amazing to meet other chefs. We also went to another competition the following year, where I competed alongside my classmates and our lecturers."

She added, "I cannot express how grateful I am to Richmond upon Thames College and the support of all lecturers." 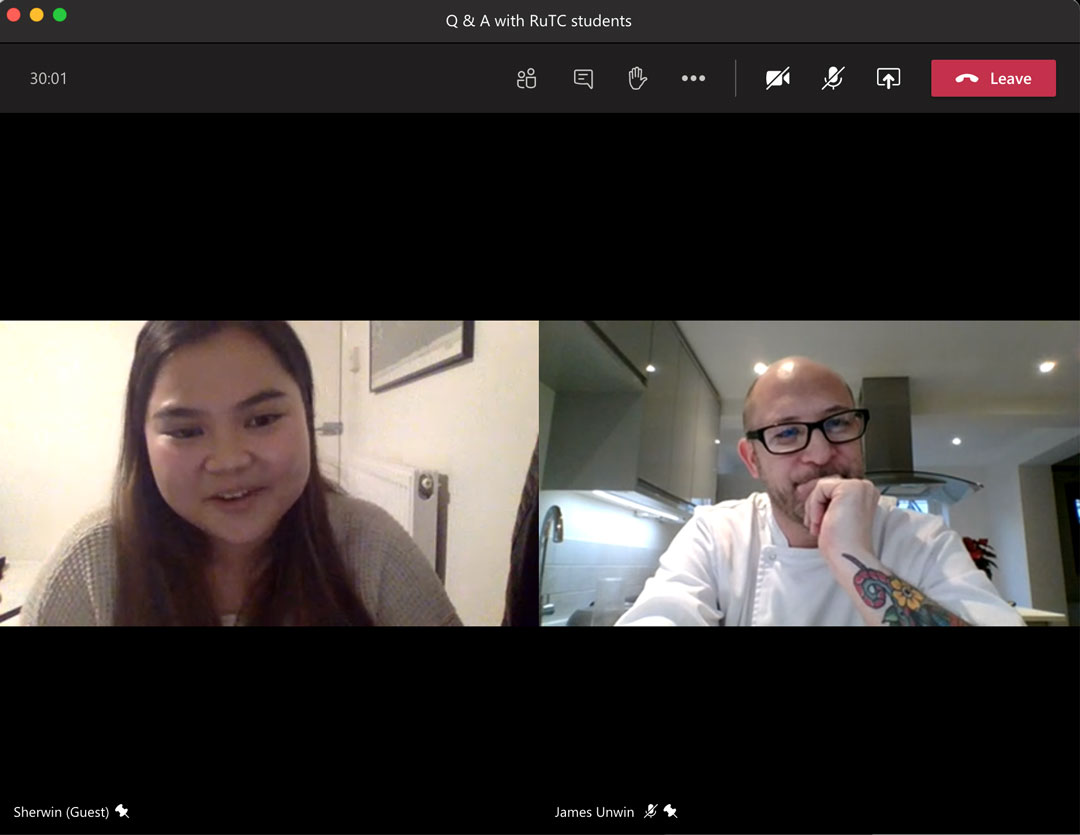