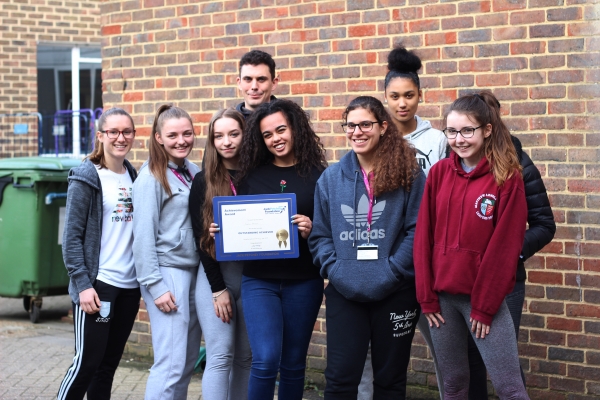 The Jack Petchey Achievement Award is a peer recognition scheme which recognises the positive contributions, efforts and endeavours of young people aged 11-25 across London and Essex. These achievements include being a great role model, volunteering, overcoming personal challenges and supporting others over and above expectations.

RuTC has been involved in the Jack Petchey Achievement Award Scheme for several years. Sharna won the annual spring award in recognition of her commitment to the women’s college football team, demonstrating determination, optimism and respect. In addition, she frequently supports college events as volunteer. Her peers nominated her for “challenging herself to try new skills”, “her determination to achieve her best but also the entire team’s best” and “being respectful to others and working hard”.

Together with her football team, Sharna decided to use the £250 grant to purchase new goal posts, as the team are currently training with wrong sized goals. This investment will benefit the team to help improve the team’s performance and will also give them the opportunity to host their own matches.

Find out more about studying Sports at RuTC.