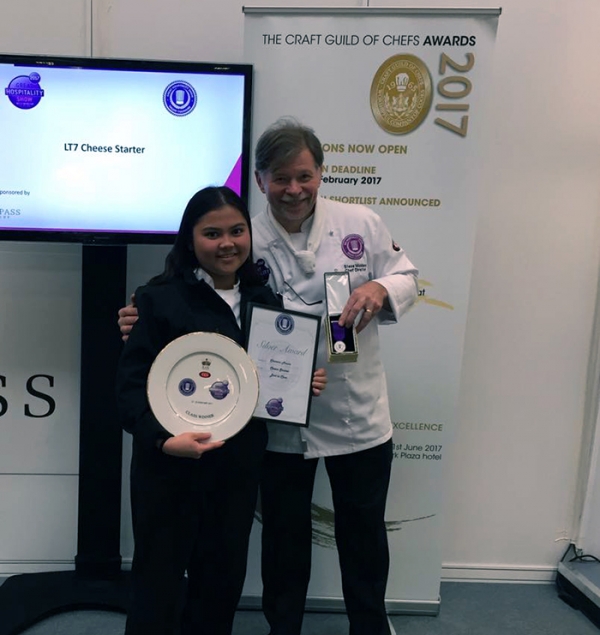 This January, staff and students from Richmond upon Thames College (RuTC) won a variety of awards at the 2017 International Salon Culinaire competition as part of the annual Hospitality Show held at the NEC Birmingham.

The competition, which took place from 23rd – 25th January, offered participants the chance to compete and show off their expertise in front of a live audience of judges and culinary professionals, and choose from over 80 cookery classes.

Commenting on the competition James said “The International Salon Culinaire competition was a highly successful and rewarding experience for everyone. Both students and staff represented the college and demonstrated the continued high standards, skill and commitment we have at RuTC.”