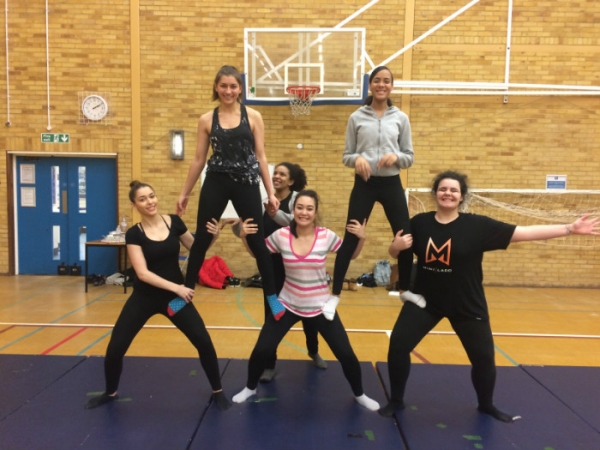 On 14th December 2016, students took part in an Acrobatic Workshop hosted by Upswing. All students studying Performing Arts Dance participated in the workshop including the college’s World Champion Gymnast, Callum 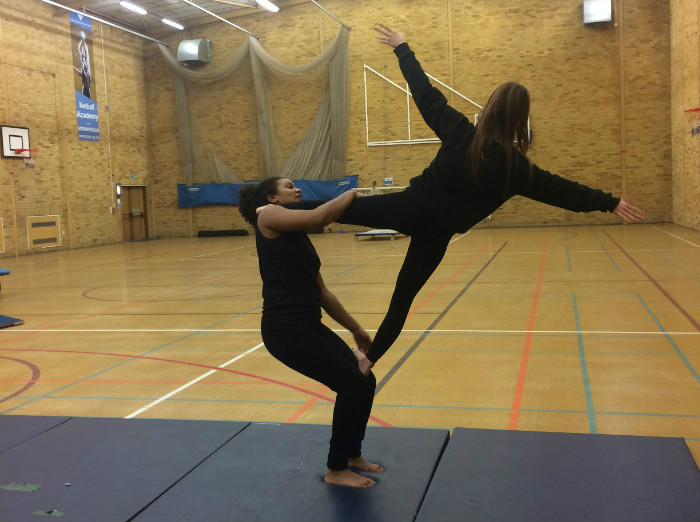 Portugal-Walker, who is experienced in acro work.

Upswing has previously visited the college to deliver Aerial Workshops for dance students which proved to be extremely popular.

The college’s dance students were also visited by Sir Matthew Bourne’s dance company New Adventures on Tuesday 10th January 2017. New Adventures is one of the country’s leading dance companies and employ upwards of 200 dancers at any one time. The workshop was held in the college’s own studio which is named after the choreographer and was based on Bourne’s adaption of Edward Scissorhands. All students got the chance to learn 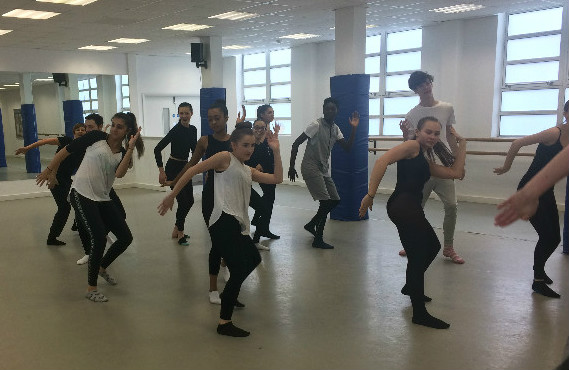 some of the choreography from the show before undertaking a creative task.

The 2nd year Performing Arts Dance students are currently rehearsing for their own narrative show based on Edward Scissorhands which will be performed on Tuesday 25th and Wednesday 26th April 2017 at Richmond upon Thames College.

If you want to pursue a career in Performing Arts take a look at our courses available.