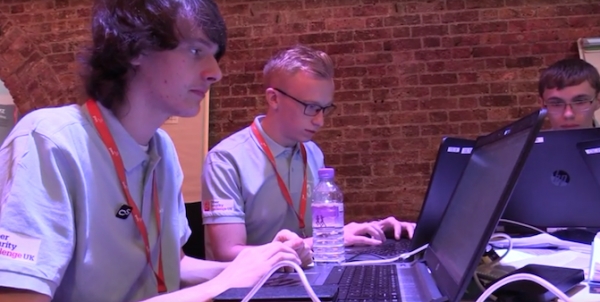 Daniel finished studying the IT Business Extended Diploma at RuTC last year, before being welcomed into the college’s IT department. During his final year at college, Daniel received the ‘Best New Comer’ Award in the initial, virtual stage of the competition. He then got through the second round before making it into the finals with his team, who were all university students studying computer science, cyber security and ethical hacking courses. Daniel and his team travelled to Bristol and stayed overnight in a hotel to participate in the competition’s group work assessment.

The final stage of the competition consisted of a ‘masterclass’ in addition to various interviews. The event took place in a studio in Shoreditch, near London’s Silicon Roundabout, and was sponsored by multinational professional services network, PwC, in addition to several government bodies. Numerous UK secret service organisations attended the event to seek and support young cyber talent, including GCHQ who are responsible for defending Government systems from cyber threat.

Winning 4th place meant Daniel got to choose a prize based on his performance throughout the competition. He won a fully funded compressed computer security masters course at Royal Holloway University, which will be valuable asset to his studies as he hopes to work for the government in cyber security.

Daniel commented “I was very happy to make to the final. I was approached by quite a few potential employers, so the competition was great exposure for people willing to learn more and pursue a career in the industry”. Daniel was recognised by the college for his fantastic achievements in IT at the RuTC Student Awards 2016.