RuTC Leads the Way with Coding for Young People 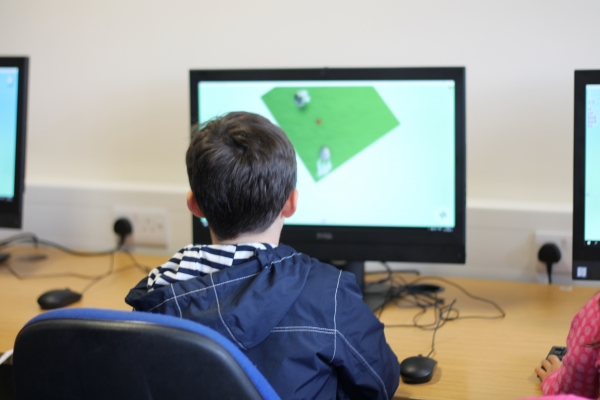 Richmond upon Thames College (RuTC) hosted a coding event for over 20 children between the ages of 7 – 11 on Thursday 27th October. The event was launched in association with CoderDojo, a worldwide movement of free, volunteer-led, community-based programming clubs for young people. The session hosted by RuTC focused on coding games including robotics, Ardunio, Kudo and Scratch. Attendees also had the opportunity to learn how to code, build a website and create an app or a game.

An understanding of programming languages is becoming increasingly important for young people in the modern world and RuTC is keen to be at the forefront of developments within the technology industry. RuTC’s involvement with CoderDojo came shortly after its partnership with technology giant Cisco, empowering young people to secure employment through growth of a digital skill-set, and its partnership with Haymarket Media Group to launch a TechHub in the new Richmond Education and Enterprise Campus.

Katy Parnell, RuTC teacher and strong advocate of coding commented “the event was a huge success with all children completely engaged in the tasks at hand. If young people are equipped with coding skills at an age as young as 7 years old they will have a solid foundation for future learning.”

Could not load widget with the id 261.