RuTC Developments: Then and Now 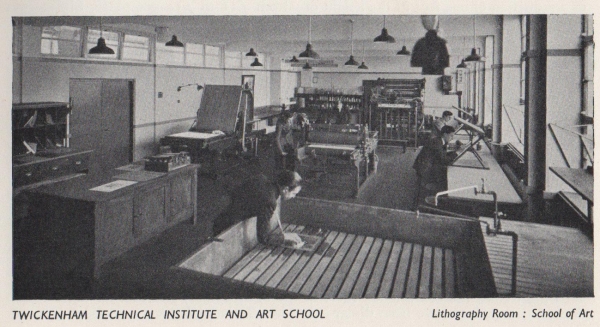 As the local community gets excited for the development of Richmond Education and Enterprise Campus, Richmond upon Thames College (RuTC) has discovered a collection of old photos from when the college was formerly known as Twickenham Technical Institute and Art School. Earlier this year, RuTC celebrated the artwork of a past student at Twickenham Technical Institute and Art School, Desmond Jones. Desmond attended the college in 1943, just 6 years after the historic images (featured below) were taken in 1937.

Recent triumphs in the campus development timeline demonstrate exactly how far the college has progressed from it's historic roots to it's innovative future. This year alone new building proposals have been approved, Atkins won the bid to design the £100m development, RuTC started to make way for the new campus and the college's CEO and Principal, Robin Ghurbhurun, made his mark as a champion of technology in the sector when appointed as a Jisc Trustee in addition to partnering with Cisco to ensure young people thrive in the digital revolution.

RuTC is set to look vastly different compared to the images from 1937 and as 2017 approaches, RuTC looks forward to celebrating the 80th anniversary of the college: