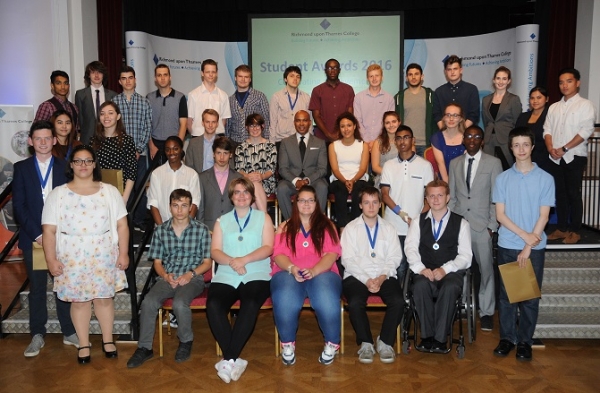 Over 40 students were presented with medals and certificates for their performances across various subject areas and extracurricular activity. Awards were presented by RuTC’s CEO and Principal, Robin Ghurbhurun and two alumni members: Martha Mackenzie, Senior Government Relations Adviser for Save the Children and Cheyenne Conway, BAFTA Award Nominated Film Producer.

Could not load widget with the id 249.

Rosie McKeown, aged 18 from Surbiton, received an award for her outstanding achievement in Languages after gaining an A* in French, an A* in Spanish and an A in English Literature to secure her place at Cambridge University to study Modern and Medieval Languages. Rosie was selected to read the poem she submitted as the winner of RuTC’s Creative Writing Competition and commented “the Student Awards ceremony was an incredible way to be acknowledged for everything we’ve worked towards at RuTC”.

RuTC’s CEO and Principal, Robin Ghurbhurun, further commented “It was an absolute pleasure to recognise our students for their talent, dedication and hard work. The evening was filled with inspiring stories from ambitious individuals who have the drive and determination to shape not only their own futures, but to also shape the future of our local community and our great city.”