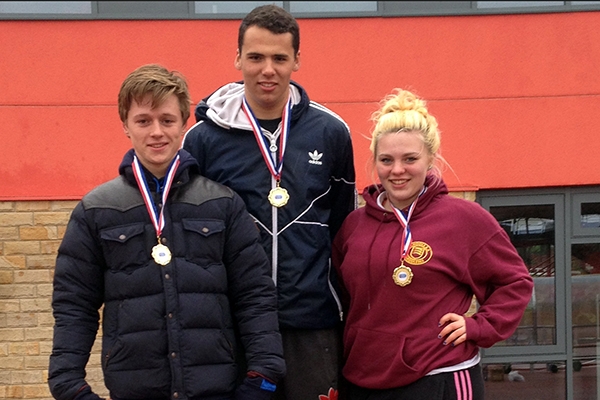 Students from Richmond upon Thames College took home an impressive haul of three gold medals and a silver from the British Colleges Sport National Track and Field Championships.

Held at Gateshead International Stadium in May, the event saw hundreds of students competing for medals across seventeen different disciplines.

In the 6kg men's hammer category, BTEC sport student Taylor Campbell took the event by storm, winning gold with a throw of 61.86m whilst simultaneously smashing the championship record and earning himself personal best. Taylor is currently ranked 1st in England and 13th in the world in the under 18 category.

Gateway to sports coaching student, Charlotte Gould, threw a championship record in the women's 4kg hammer event, winning gold with a distance of 42.34m whilst in the men's 3000m, BTEC sport student Luke Penney, an elite triathlete and recognised talent for the future, won gold in a time of 9.33 minutes. Carpentry student, Jonathan Winney, completed the medals haul by taking silver in the men's high jump with a height of 1.75m.

In difficult conditions in the early part of the day, BTEC sport students Adedeji Williams and Tyrell Austin competed valiantly in the men's 100m, narrowly missing out in the qualification rounds.