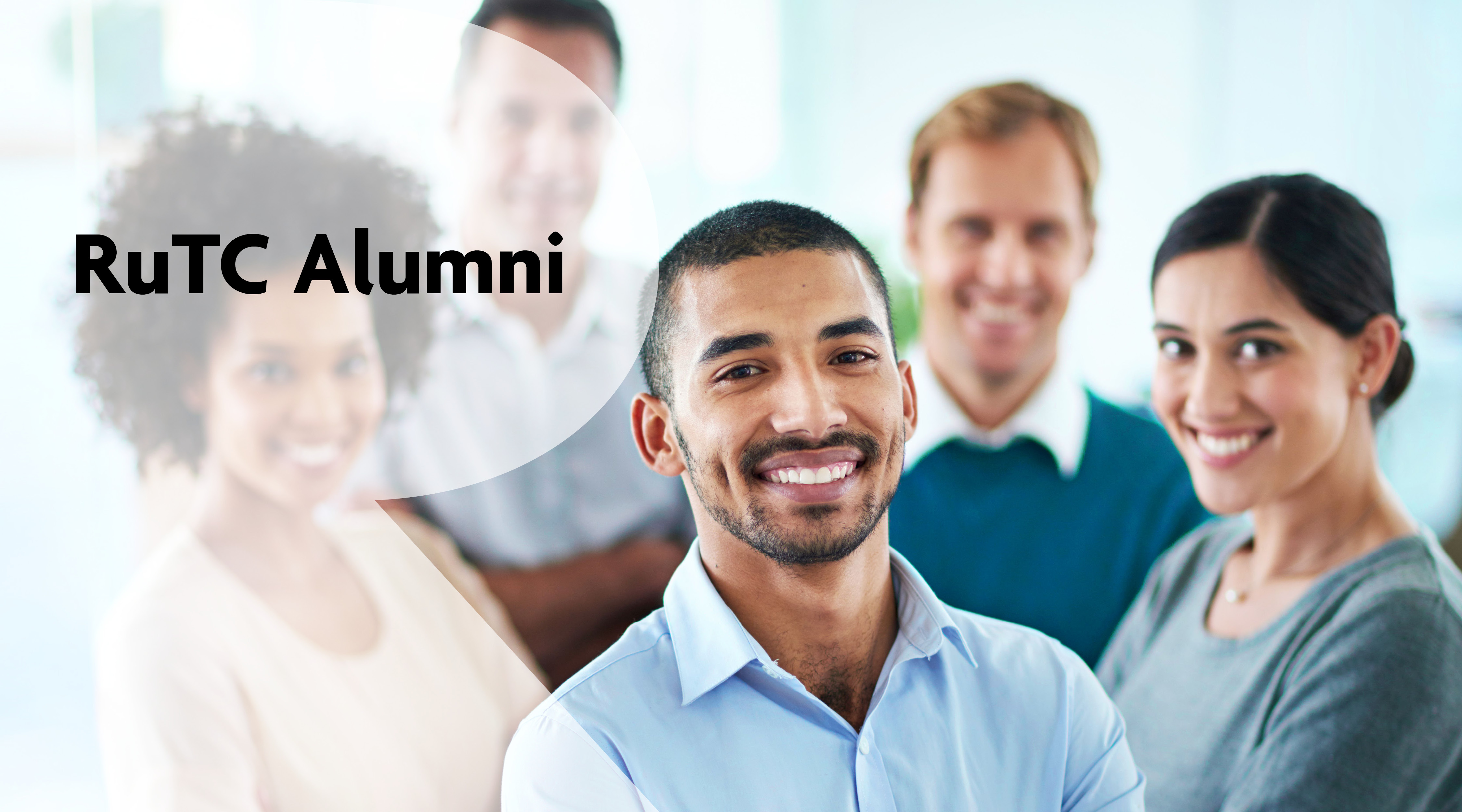 This is where you can find out more about what some of our former students (alumni) are doing now. If you are a perspective student, this can give you an idea about some of the careers that you could go into and the route you can take. We hope that it will give you the inspiration to follow your passion.

Did you study at RuTC?

We are keen to hear from you and would love to know what you are up to now and how studying at RuTC has benefited you. Many of our alumni also come in and speak to our students about their career journey, please let us know if this is something that you would be interested in doing. Please email the Marketing team: This email address is being protected from spambots. You need JavaScript enabled to view it. 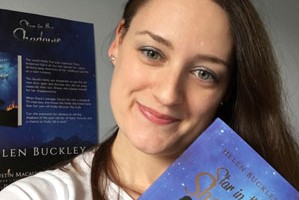 A Levels English Language and Literature, History and Sociology; Journalism (2001-2003)

Helen Buckley studied A Levels English Language and Literature, History and Sociology and as well as Journalism at RuTC from 2001 to 2003 and now is a published author.

After finishing her courses at RuTC, Helen gained a first-class degree in Journalism and Contemporary History from City University and Queen Mary University as well as a Master of Science in Gender, Sexuality, Politics and Culture from Birkbeck University of London. Helen has spent many years working for charities, including four years in Honduras. When she returned, she met her husband, who also went to RuTC. Helen is now a charity communications manager. In 2019, Helen published her first contemporary fiction novel ‘Star in the Shadows’. Her novel follows a teen runaway who becomes a pop star but is still haunted by the shadows of her past.

About her time at RuTC, Helen has fond memories of the café, studying with friends in the library and enjoying Twickenham riverside after classes. She says, “I learnt so much from my Journalism course and those skills not only got me onto my degree course, but also gave me a massive advantage. I also felt that the research and questioning skills I learnt in History and Sociology really prepared me for university study.” Helen also remembers a specific class in which she created a radio feature package in the college’s radio studio, analysing ‘EastEnders’, and studying ‘Much Ado About Nothing’ in English classes, which is still her favourite Shakespeare play today.

Helen highlights how her time at RuTC made her become more independent, which was an important bridge between secondary school and university. She comments, “Richmond upon Thames College gave me much more confidence as a person and helped me to grow as an individual.” 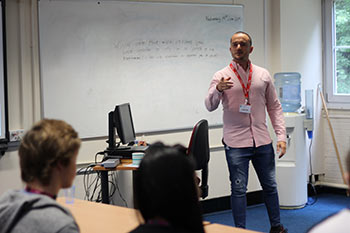 Austin Sharp, studied Plumbing Level 2 at RuTC from 2003 to 2004 and now runs his own business, WeFix, in Teddington.

After finishing his course, Austin completed a gas training course, was fully qualified by the age of 20 and started to work for a one man van company for seven years. This offered him professional one on one training, which enabled him to become a senior engineering for a bigger company for two years. Having gained all these experiences and knowledge, Austin then started his own one man van company, WeFix, and with the purchase of the second van his business grew quickly.

Austin remembers the hands on practical projects the most, as they prepared him for the professional work environment. However, he also highlights the industry knowledge and confidence he got from his teachers. Both for his personal life as well as his business he learnt that in order to achieve the best you can wellbeing is key.

Austin got in touch with RuTC again when his company was searching for a business administration apprentice, and from then on he visited frequently to talk to Plumbing, Business and Design students and to run workshops with Plumbing students.

Austin says, “When I was a student I remember employers talking to us; it always filled me with a sense of confidence that, if I put in the work, I can achieve what they have too. Standing in front of the students now and looking at their faces I feel hopeful that each and every one of them will gain the knowledge and confidence to be successful in their own way.”

Austin’s company WeFix supports RuTC by offering work experience placements and will be sponsoring the college’s "Plumber of the Year" Award at the end of the academic year. 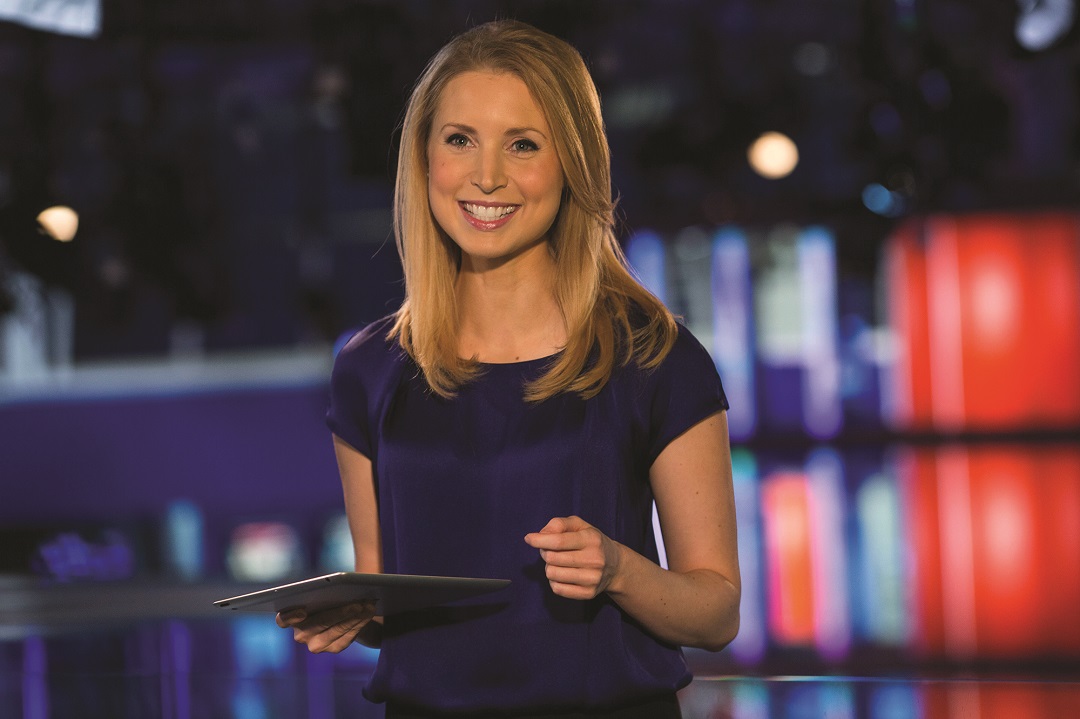 Gemma Morris studied A levels at Richmond upon Thames College between 2000–2002, gaining A grades in Sociology, Photography and Film Studies. She went on to study a BTEC Foundation degree in Documentary Film Making at the UAL London College of Communication (formerly the London College of Printing) followed by a BA Hons in Journalism from which she graduated with first class honours. After a work experience placement at Radio Jackie, Gemma freelanced at ITN before joining Sky News radio as an intern. She then joined the multi-media network on a full time basis, working in Sky’s digital department before successfully screen testing for television. After presenting the bulletins on both Sky News and Channel Five, she now presents, produces and reports on Sky’s technology show, Swipe.

Gemma places great importance on the influence that studying at Richmond upon Thames College had on her education and future career. “I wanted to study subjects that were both interesting and relevant and my school’s sixth form college simply didn’t offer me the choices that RuTC did,” she explains. “I immediately loved the more adult college environment compared to school, and really enjoyed my courses as they were taught by professionals with a passion for their field. It was refreshing to research so many topics in depth and I also really enjoyed using the fantastic facilities. I spent a lot of time honing my photography skills in the dark room and began to get a real enjoyment out of capturing human and social behaviour on film. As well as this, my sociology lessons helped me to understand people and their emotions and the subject as a whole became fascinating to me.”

Gemma’s passion for understanding and capturing human emotions led her to her foundation degree in Documentary Film Making and she hasn’t looked back since. Her role as presenter on Swipe sees her traveling across the UK and Europe, reporting on the latest advances in technology and the effects these have on individuals and society as a whole.

“I absolutely credit Richmond upon Thames College for helping me to develop the key traits that a journalist needs,” Gemma says. “I had a brilliant two years there and I’ll always be grateful to my lecturers for setting me on my career path. Going to college and taking what were at the time less traditional A levels was the start of what has been an incredible journey for me and a choice I’m extremely glad I made.”

Gemma returned to the college in March 2015 to deliver an inspirational guest talk to film and media students, sharing her wealth of experience in broadcasting with the journalists and presenters of the future. She was also the guest speaker at the college’s 2015 Student Awards Ceremony.