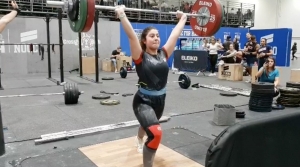 Isabella (Bella) Brown, A level student at Richmond upon Thames College (RuTC), is creating a name for herself in the weightlifting world, this time winning Gold at the British Weightlifting Championships 2022.

British Weightlifting is the UK's officially recognised Governing Body for weightlifting, para powerlifting and training. This year the championships took place in their expansive new residence, the Derby Arena, with hundreds of people attending this year’s annual championship event.

Bella, who started weightlifting in 2018 was delighted to have won Gold in the competition, saying "I have mixed emotions coming out of the competition but immediately I feel grateful for the opportunity to show my hard work and bring home the gold competing against more mature athletes. It is an amazing that I’m one of a select few Junior lifters in Britain to bring home a Senior British title! My plans for the rest of the year are to develop my lifts further and compete at the Junior World Championships in May and the Junior European Championships at this competition I hope to bring home a medal!"

At her first weightlifting competition in September 2019, Bella immediately broke a British record. Since then, she has gone onto compete at various other competitions all around the country, continuing breaking a number of records including ‘Snatch, Clean and Jerk’ and ‘Total’ within her age group in the World Youth Championships. In addition, Bella is a British Champion, top-ranked under 17 female weightlifter, regardless of weight class.

Caroline Ludbrook, Head of Sixth Form at RuTC says “We are very proud of Bella’s amazing achievements in her weightlifting career. It’s extremely impressive to be considered a British Champion.”

“Bella is equally as good a student as she is a competitor, she is a punctual, well-organised and eager addition to the College’s sixth form.”

Currently, Bella is training and competing with the weightlifting team from Brunel University. 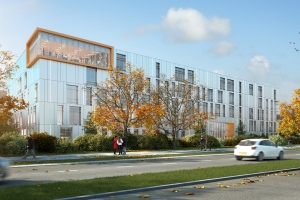 On 2 March, Richmond upon Thames College (RuTC) is inviting prospective students and parents to the College’s award-winning main campus building for an Open Event. The building, which opened in March 2020, is known as ‘The Richmond Building’ and was recently awarded two awards for both ‘Project and Civil Building of the Year 2021’. Due to Covid and lockdown restrictions this is only the second time that the College has held an in person Open Event in the building.

The £80 million state-of-the-art campus building provides an inspirational learning environment for RuTC’s 2000 students and comprises ultra-modern classrooms with specialist rooms for digital and graphics courses, an auditorium with seating for 160 people, as well as TV, drama, dance and music studios and ceramics, darkroom and printmaking areas, amongst many more stand-out features.

The building also houses a stunning new restaurant, The View, with panoramic views across London, Surrey and beyond and offers the College’s catering and hospitality students the opportunity to cook and serve meals to the local community.

Jason Jones, College Principal and CEO comments, “Our Open Events are a fantastic opportunity for prospective students and their parents to see first-hand what Richmond upon Thames College offers. Visitors are able to speak to specialist staff and make an informed decision about the next stage of their educational journey.

“I am extremely proud of our new building and our teachers and the high-quality level of education provided to students.” 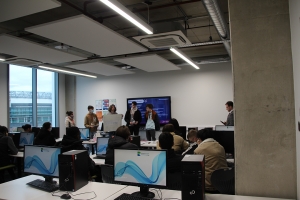 The challenge for this year was to create a sandbox-style game for theme park giant, Thorpe Park. In a similar style to the popular BBC TV series ‘The Apprentice’, students were arranged into groups of six and throughout the day were given a variety of tasks, including brainstorming, designing, strategising and more.

The National Skills Challenge aims to develop the key employability skills required for the world of work, including teamwork, communication and leadership ability.

Pamela Thomas, Computing and IT teacher loved seeing her students getting involved with the opportunity.

“The National Skills Challenge is a clear insight into project management and all the steps needed to complete a project, such as allocating job roles, duties to complete and other various tasks needed to complete the challenge. The students enjoyed the experience and presented excellent presentations; I was very proud of them.”

Students from Business, Computing and Art and Design took part in the day-long challenge, which offered students a chance to meet and engage with their peers in a business-style environment.

Eight student groups were established during the day, with three being crowned College winners. These groups will be going onto the NSC National Final to compete amongst other colleges across the country for the Challenge Champions title.

“I thought the National Skills Challenge was an amazing opportunity for our students to participate in a real challenge based on creating a sandbox game for Thorpe Park.

“A range of employability and technical skills emerged with fantastic results. The imagination and enthusiasm of our students demonstrates their ingenuity! We have three teams that will be going forward to the National Finals in April.”

The winning teams of the Challenge were groups ‘Angry Carts’, ‘What’s Really There’ and ‘Thadventure.’

They will be competing against other groups from across the country for the opportunity to win ‘Skills Challenge Champions’ in April.

Check out the Gallery below and see what our student's got up to during the challenge.

Last month, following on from their ‘12 days of Kindness’ December campaign, Richmond upon Thames College (RuTC) continued their wellness theme into 2022, with January being celebrated as ‘Wellbeing Month.’

During January, staff and students were offered plenty of mindfulness-inspired sessions and activities to benefit their mental health.

Weekly aromatherapy and mindfulness sessions were available to all members of staff alongside ‘movement and relaxation’ lessons, teaching them how to stay active and methods of relaxation.

Various clubs were available, such as photography, book and dance, during the Wellbeing Month’ to encourage students to get involved with something nontechnological based, encouraging students to get away from their screens, which is proven to be beneficial in reducing anxiety and stress.

The clubs, photography, pottery, book and dance club were a terrific way to introduce students to a new hobby or skill whilst also meeting new people and developing friendships.

As well as extracurricular activities, students and staff got involved in mindfulness sessions, including art sessions and boxing lessons, low mood tutorials, and a weekly chess competition hosted by our resident chess expert, Jayesh Patel, Head of Finance.

Learn more about studying at Richmond upon Thames College here 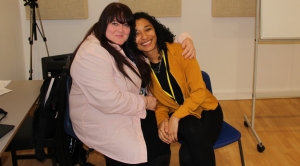 Richmond upon Thames College wins ‘Project of the Year’ award, alongside ‘Civic Building of the Year.’ 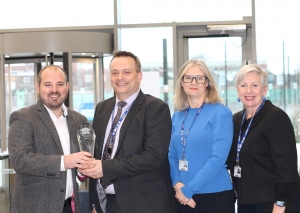 In October 2021, Richmond upon Thames College won two independent awards, ‘Project of the Year’ and ‘Civic Building of the Year’ for The Richmond Building, which is part of the new college campus.

‘Project of the year’ was won by RuTC for being a college new build project that has made a significant difference to the educational or research experience of its students. The new building was completed in March 2020 on the existing site in Twickenham and students and staff moved in shortly after.

Richmond upon Thames College was nominated for the award alongside Digital and Data Centre Exeter College and SGS Wise – Brunel Centre, with the Richmond Building taking home the win.

The new state of the art building is comprised of ultra-modern classrooms with specialist rooms for digital and graphics courses, an auditorium with seating for 160 people, as well as a live performance stage, TV, drama, dance and music studios and ceramics, darkroom and printmaking areas, amongst many more stand-out features.

The £80 million state-of-the-art campus building provides an inspirational learning environment for students and the local community to enjoy.

The building includes learning space for up to 3,000 students, as well as an exhibition art gallery, which provides an opportunity for local artists and photographers to exhibit their work and business incubation spaces with a business lounge for employers.

Jason Jones, Principal and CEO at Richmond upon Thames College was thrilled to accept both the award and certificate. “I already knew we had one of the best College campus buildings in London, but to receive both prestigious awards, officially confirms just that.”

“We are extremely proud of The Richmond Building and are eagerly awaiting the new STEM Centre which will offer students looking to study science, technology, engineering and maths a second to none learning space.”

The handing over of the award was delayed until 26 January due to COVID-19.