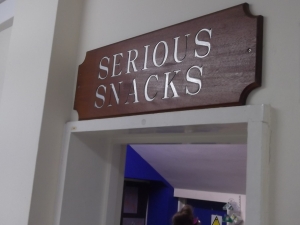 Hounslow Community FoodBox is a charity which provides emergency food and support to those in need living in the London Borough of Hounslow. Caroline Read, Supported Learning Lecturer at RuTC, said, “I just couldn’t bear the thought of the food and drinks from Serious Snacks going to waste and being out of date upon our return in September. My colleague, Sarah Risner, and I came in and sorted the shop, loaded the car and donated it to the Hounslow Community FoodBox.”

Philip Jones, Treasurer and Secretary at Hounslow Community FoodBox, said, “On behalf of the volunteers and trustees I would like to thank you for your kind donations from the College Shop. The treats were bagged up to be added to food parcels.

“We have seen a substantial increase in referrals for food parcels during the pandemic. Since the end of March FoodBox volunteers have delivered more than 1,000 food parcels across the London Borough of Hounslow to support 1,900 adults and children (more than in the whole of 2019). That we have been able to fulfil these referrals is due to the response of our community which has been truly heart-warming.

“Without your support, and that of like-minded members of our community, we would not be able to offer support so many who through an unfortunate set of circumstances find it impossible to provide for themselves and their close family." 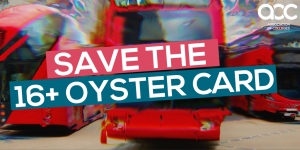 Travel has never been a barrier for college students, but the Department for Transport's decision to require Transport for London (TfL) to suspend the subsidy for under 18 year olds makes it a barrier. The Association of Colleges (AoC) and colleges across London are calling on the Government to save the 16+ Oyster Card.

The Department for Transport’s reasoning that it is a London specific investment and that young people should lead the way in reducing public transport usage in the times of coronavirus. However, there are more than 160,000 young people in sixth forms and colleges across London; two thirds of college students are BAME and many students are disadvantaged educationally, socially or economically.

David Hughes, Chief Executive of the AoC, wrote in a letter to Grant Shapps, Secretary of State for Transport, “Our concern is for 16-18-year-olds who want to make the best choices for their continuing education and training. There are over 90,000 young people in school sixth forms and 78,000 in colleges in the capital, all working for their own ambitions and futures as well as to make London a more highly skilled and prosperous city.

“Every college is committed to helping to reduce the demands on the public transport system as part of their re-opening plans. This commitment includes a package of measures to stagger opening hours and to significantly reduce cohorts of students in college on any one day. Moreover, colleges are planning for a blend of on-line and face to face teaching and learning to reduce the need for use of public transport.

“93% of London college students aged 16 to 19 travelled up to 6 miles (straight line) in 2019-20 to access their college, often on complex routes. Young people choose their college for many reasons. Many young people travel further distances to college in order to take advantage of college specialisms and reputation. Others take their post-16 education as an opportunity to reinvent themselves.

“Two thirds of London college students are BAME and the majority are disadvantaged; educationally, socially or economically. Around a quarter of our young students are eligible for free school meals giving a good idea of the poverty levels. Colleges use their bursary funds to subsidise other aspects of learning, but travel has never before been a barrier to young people’s participation in further education opportunities.

“I would urge you to scrap the proposal to remove free travel for under 18s on TfL services. As a minimum we would ask that you seek to protect travel concessions afforded to young people through the 16+ Oyster card.”

Support the campaign by contacting your local MP, for example by using the Child Poverty Action Group’s form, sign the petition to keep children’s free bus passes and use #SaveThe16PlusOyster on social media. 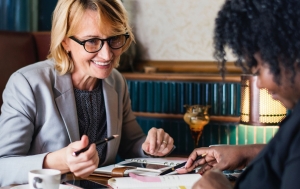 This was first announced by the chancellor as part of his summer statement on Wednesday 8 July, and will mean that from August 2020 until 31 January 2021, businesses taking on new apprentices will be rewarded with £2,000 for a 16 to 24-year-old and £1,500 for apprentices who are 25 years or older.

The document highlights that there will be no limit on the number of incentive payments, so businesses can benefit from re-building their businesses after lockdown.

In a recession, young people are less likely to find work and more likely to lose their jobs. This can be avoided if the focus is on getting people trained and ready for when the labour market begins to grow again.

AoC (Association of Colleges) is calling on the Government to reduce the post-furlough shock, minimise the risk of economic scarring, and prepare the country for rebuilding the economy in their document ‘Rebuild: A Skills Led Recovery Plan’.

The apprenticeship incentive will ensure that colleges and businesses can work together to support young people to gain the skills businesses need to help our economy get back on track.

You can read more about the Apprenticeship incentive by clicking here.

You can read more about the AoC Re-Build campaign by clicking here. 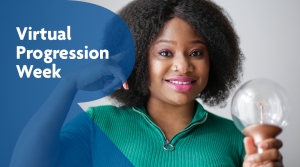 From Monday 22 June to Friday 26 June, our students had the opportunity to take part in various progression activities, for the first time virtually. Progression options ranged from employment to apprenticeships as well as further and higher education.

In addition, our careers team provided students with the opportunity to attend virtual events and access information from organisations, such as NHS, Barclays, PWC, British Airways and Citizens Advice Richmond and the path to continue their studies with an apprenticeship at RuTC was highlighted as well.

RuTC students commented that they found the sessions insightful and extremely useful and would highly recommend for other students to take the opportunity to attend the sessions.

Olivia Gibney, RuTC Careers Support and Liaison Officer, said, “Students really liked how the virtual activities helped them to get more information about their progression options, with Level 3 students stating how the bespoke webinars given by universities and Citizens Advice really helped them to feel less stressed about their decisions and getting started on their applications. The virtual sessions held by universities and employers were extremely well done and a great way to be able to deliver our annual progression week. A thanks also to the student services team and tutors who ensured that event ran smoothly.” 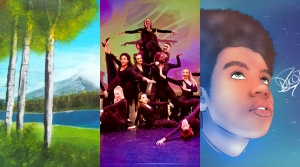 From 24 June, the RuTC Art and Design and Creative Media Exhibitions and Performing Arts Showcase went live in the college’s first ever virtual exhibitions. Usually, these events take place physically every year to display the work students have done over the past year, but due to coronavirus staff and students found another way to share their amazing work.

“Throughout the lockdown staff have encouraged our students to remain creative, and explore their experiences during this extraordinary time, and from this we have some exciting work to share with you.

“We would normally invite you into the College to join us in celebrating our student’s end of year projects in our annual exhibitions and showcase. Instead, we invite you to join us from the comfort of your own home.”

As the virtual exhibitions and showcase were a huge success and open the students’ work up to a wider audience, the School of Creative Industries are considering to host virtual events like these again in the future.

Have a look at the students’ work: