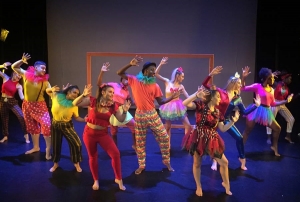 Over the past seven years, IGNITE celebrates local dancers of all ages and abilities. The dancing styles this year varied as much as the dancers themselves, from contemporary to urban dance and upbeat jazz to tap dance. All performances told powerful stories: dancers from Orleans Park expressed diversity and confidence; the Age of Grace Dance Company embodied courage and strength; and RuTC’s dance students inspired the audience with Chinese warriors performing the dance ‘Battle Cry’ and a contemporary number based on the legend ‘Fountain of Youth’.

Hannah Fryer, RuTC Performing Arts lecturer, said: “IGNITE is always a fabulous event and we’re especially thrilled to be able to host it for a seventh consecutive year. It not only gives a range of dance groups and organisations the chance to perform in a fully equipped theatre, but also gives our RuTC Dance students the chance to network with other working professionals too.”

Have a look at the photo gallery below and find out more about studying Performing Arts at RuTC. 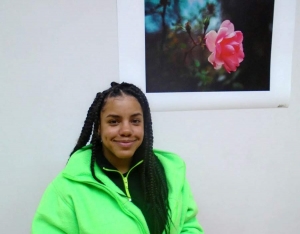 One of our UAL Extended Diploma Art & Design students recently took part in the ten week Dazed+Labs photography programme, organised by Dazed & Confused and Red Hook Labs. The programme taught nine students from across London various stages in photography, from shooting and developing to printing. Classes were co-led by photographer Eddie Otchere. At the end of the ten weeks, the students displayed their artwork at an exhibition in a west London youth centre.

RuTC student Ashleigh Beugre-Joncourt was lucky enough to be involved in programme and exhibited and sold her artwork. About her experiences during this project, she said: “I learned about developing film, using the darkroom and different cameras. I was inspired by Eddie Otchere as he made me fall in love with film cameras. In the future, I definitely want to be a part of more exhibitions and have a career in photography or darkroom work. I have learned so much about photography and myself as an individual and what I want from life.”

Her artwork displays a pink rose in front of a dark background. Ashleigh said: “I decided to go to my park next door and play around with my film camera and I saw this pink rose in the middle of dead dried leaves. I decided to shoot that shot and the program really liked it and used it in my exhibition, which has given me experience in planning exhibitions and how I want my work to be seen.”

Ashleigh’s Art & Design Lecturer at RuTC, Christina Button, said: “Ashleigh’s photo demonstrates a sensitive use of macro photography and a striking contrast of light and colour. Dazed+Labs have provided a very rare and valuable experience for young people that will advantage both their creative studies and potential future careers. I look forward to seeing more photography projects from them in the future.”

Read more about the Dazed+Labs programme and studying Art & Design at RuTC!

Supported Learning and Construction students work together with ISG 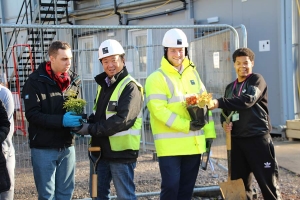 Supported Internship and Adult Independent Living Students then took over and were responsible for the actual planting process. Shona Corben, Supported Learning Lecturer at RuTC, said: “Everyone enjoyed working with ISG as they supported and inspired our work. The students’ input was great. They arranged the entire planting process, chose the winter proof plants themselves and will be maintaining the planters.”

Libby Benjamin, RuTC student involved in the planting process, said: “The main thing was team work. It was great how everyone worked together and is part of the team.”

ISG Construction Manager, Pui Wong, said they were all “extremely impressed and grateful for the students’ efforts and will continue to work with the college to ensure that the plants are maintained throughout the duration of the project.” 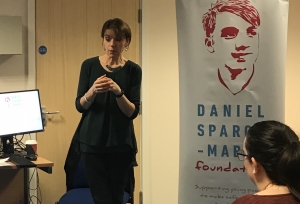 In November 2018, Richmond upon Thames College (RuTC) welcomed the Daniel Spargo-Mabbs (DSM) Foundation for talks and workshops, informing about the risks of substance misuse.

Founded in 2014 by Tim and Fiona Spargo-Mabbs after their son Dan’s sudden death, the foundation offers drug and alcohol education programmes, training and workshops for students, parents and carers. Through interactive and engaging sessions, the DSM Foundation informs about effects and risks of taking drugs, laws and peer pressure.

In addition to informing students, the DSM Foundation delivered its first ever parents event at a further education college. RuTC student Nia Shaw, our college’s very first DSM Foundation Youth Ambassador, supported the foundation during their visit and will continue to do so in the future.

Cait Orton, Safeguarding and Equalities Officer at RuTC, says: “Nia came to help with the parent’s talk and we were all extremely impressed by her maturity, professionalism and insight in to such a complex issue.”

RuTC student and DSM Foundation Youth Ambassador, Nia Shaw, says: “I chose to be involved in the Daniel Spargo-Mabbs Foundation because of how and why the organisation was set up and because I understand the importance of drug awareness amongst young people. As a young person myself who has seen a number of drugs and know how accessible they are, yet never felt pressured or intimidated to take any, I want to encourage my peers to have the same attitude.”