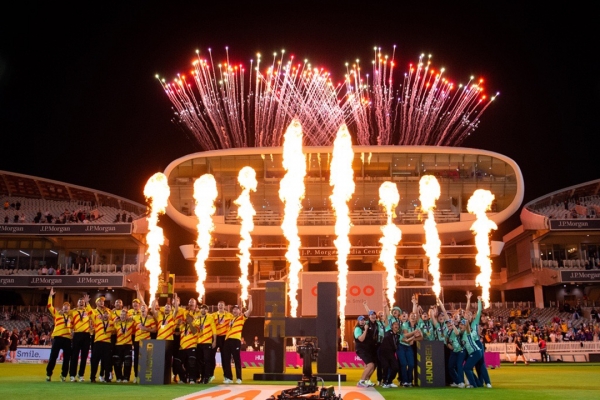 Richmond upon Thames College’s Teaching and Learning Manager, Kirstie White, alongside the rest of the Oval Invincibles team, won the women’s ‘The Hundred’ championship on Saturday 3 September at the famous Lord’s cricket ground in London.

The Oval Invincibles, won the championship title for the second year in a row, beating the Southern Brave ladies by five wickets in a repeat of last year's final match.

Kirstie was both overjoyed and proud of her experience of the championship with the Oval Invincibles for winning their second Hundred in a row.

She explains, “Playing in The Hundred has been a phenomenal experience. It has been really amazing to see how much the women’s game has grown, especially winning the competition in front of 20,00 people at Lords.

“August has been a month of hard graft, intense training and coach journeys, but alongside this I have made some seriously good memories with an amazing group of girls. Playing against and alongside some of the best players in world cricket will be an experience I will never forget.”