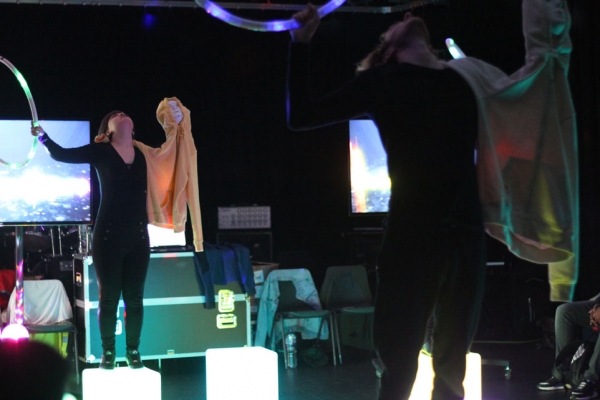 In early April, the StopWatch Theatre Company performed their hard hitting play for Richmond upon Thames College’s (RuTC) students. The play is a collaboration between the theatre company, script writer Mark Wheeller and the Daniel Spargo-Mabbs Foundation. The foundation’s aim is to inform young people of the risks of substance misuse and prevent families from going through the pain of losing a child. The play toured for two weeks in 2018 and is performing for another 10 weeks this spring.

The 45 minute performance was a powerful illustration of Daniel Spargo-Mabbs’s story, an otherwise responsible teenager who died from an accidental overdose in 2014 after leaving his family home to attend a rave with the last words ‘I love you Mum - I promise I won’t die’. The play involved statements from Daniel’s family and friends that were re-enacted word for word to show the decisions that led to his death and the consequences for those close to him. The performance was followed by a 30 minute interactive drug and alcohol awareness workshop.

Cait Orton, RuTC’s Safeguarding and Equalities Officer, said: “This performance was a powerful and engaging piece of theatre. Our students learnt about making informed choices, being aware of risks and ways to put their own decisions into practice in pressured situations.”