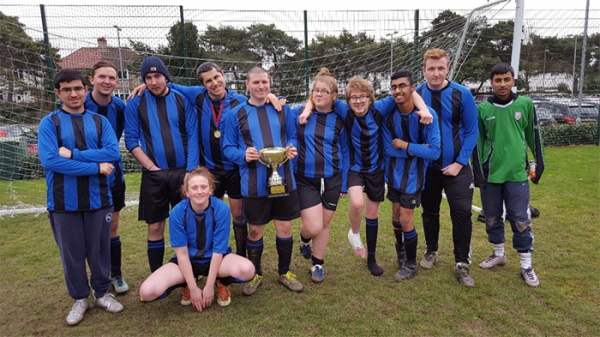 In January, the RuTC Supported Learning and Special Olympics Disability Team won the New Year’s Cup for the second year in a row, with three incredible wins in a football tournament run by and held at West Thames College.

The first game ended in a phenomenal 6-0 win for RuTC with goals scored by Mark, Adam and David. The second game proved a little harder against Ealing & West London College, however, player Mark Wright scored two goals resulting in a 2-1 win, with a further victory of 2-0 in the tournament final.

Pete Williams, teacher at RuTC, commented “this was a solid defensive performance which was well organised and rarely looked threatened” he added “the key to RuTC’s succuess was winning the midfield and passing the ball quickly to the forwards.”