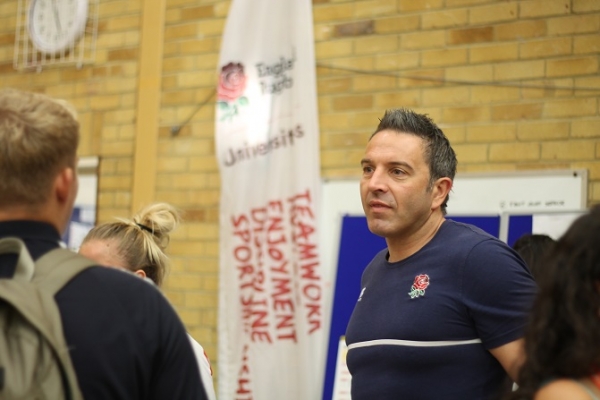 On Tuesday 20th September over 500 students flocked to Richmond upon Thames College (RuTC) to enjoy the first of very many events welcoming them to the college. With over 30 exhibitors, students were spoilt for choice when it came to signing up for enrichment activities, exploring career opportunities, joining sports teams and more. Among visiting organisations were The Rugby Football Union, British Transport Police, Admiral Group, Michael Wisher, Safer Neighbourhood and the Anthony Nolan Trust. RuTC’s Students' Union also welcomed their fellow classmates as they promoted the exciting year ahead for new and returning students.

RuTC has recently partnered with Badminton England Further Education, who held a great presence at the Freshers' Fair by hosting a badminton taster session, along with Mixed Martial Arts, who invited students to learn self-defence skills. Cait Orton, Student Welfare Officer, commented: “The Freshers’ Fair was a great success. RuTC has the fantastic support of inspiring and impactful local organisations and the high level of engagement displayed by students was evident throughout the day.”

Could not load widget with the id 255.